It’s that time of year where we breathe out, sit back and reflect on the year gone by. Here are some of our best bits.

1) We started the year with Liz Hingley’s exhibition ‘Home Made in Smethwick’ touring to six Sandwell libraries from January to June 2017. Joined by Liz and many project participants, including Albert who cooked up a storm, the exhibition launch at Smethwick Library was a great success. Albert very generously made his wonderful bread for the opening day of each of the six libraries; thank you Albert! Home Made in Smethwick was also part of SIDE’s re-opening show of ‘Childhoods’. 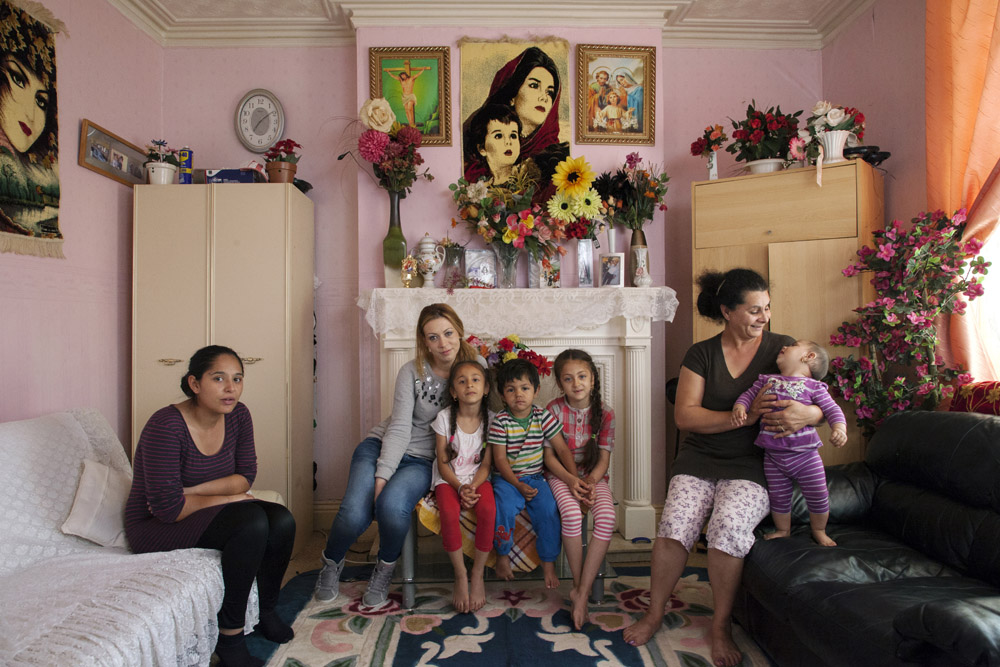 2) We’ve been to a few photography festivals this year, in the UK and beyond, but the one that stood out was the Chobi Mela (International Festival of Photography) in Bangladesh. From hurtling through old Dhaka on a rickshaw, to watching a photography slideshow against a pink palace (Ahsan Manzil) along the banks of the Buriganda river, or seeing exhibitions in community settings – football grounds, a hotel, an old cinema – we left feeling inspired, with new friends, and the promise of exciting collaborations to come. 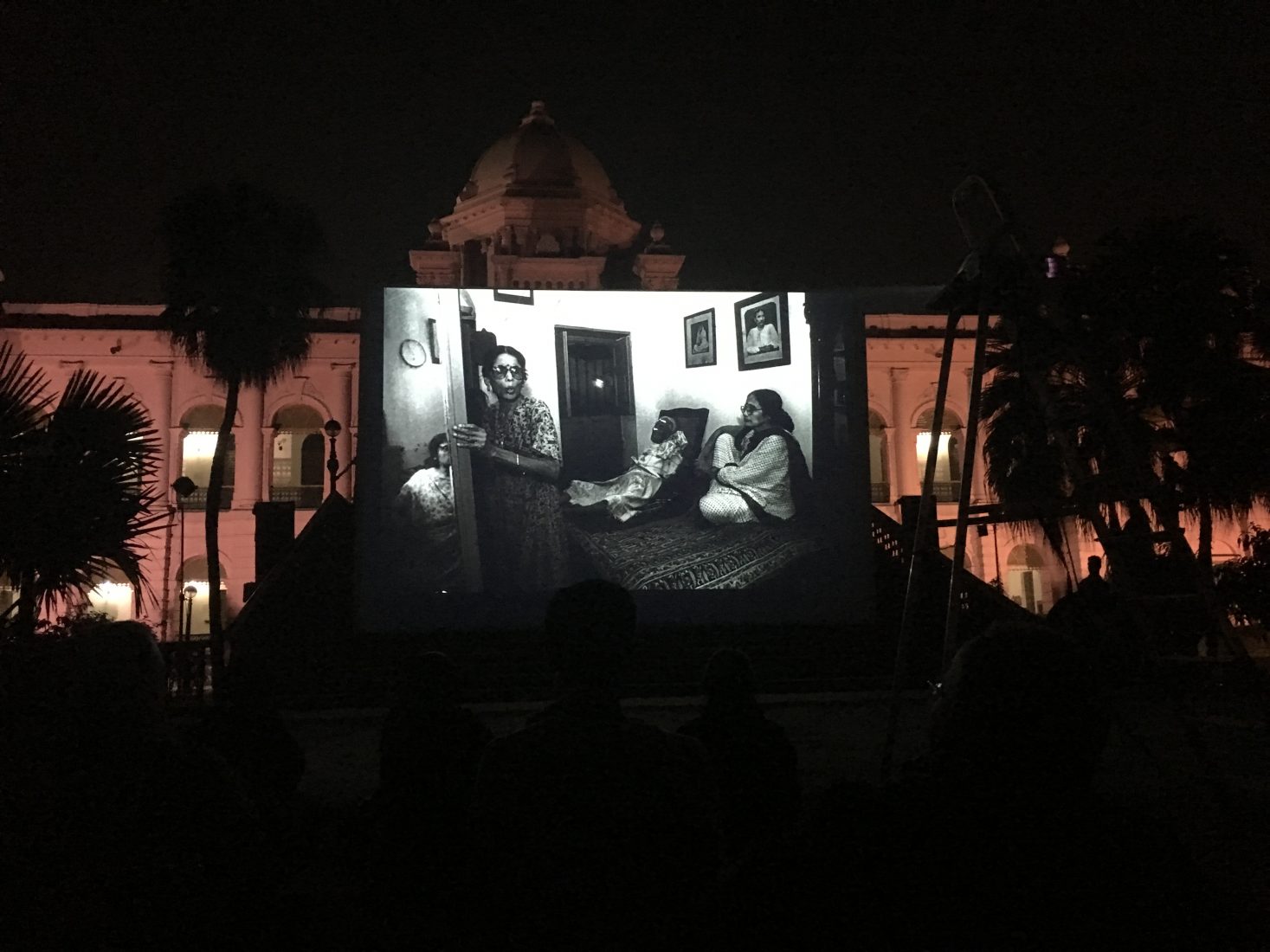 3) In June 2017, we received VERY exciting news about major funding from the Arts Council via their Ambition for Excellence scheme so that Multistory can bring a new arts festival to Sandwell in 2019 called Blast! We will build on our current programme to provide an ambitious festival of photography, walks and talks in public spaces, community venues, pop-up sites and outdoor spaces in the six towns of Sandwell. We put a call out to West Midland’s based artists and curators to offer 12 commissions and they are all now on board to start their projects. See here for the final selection. 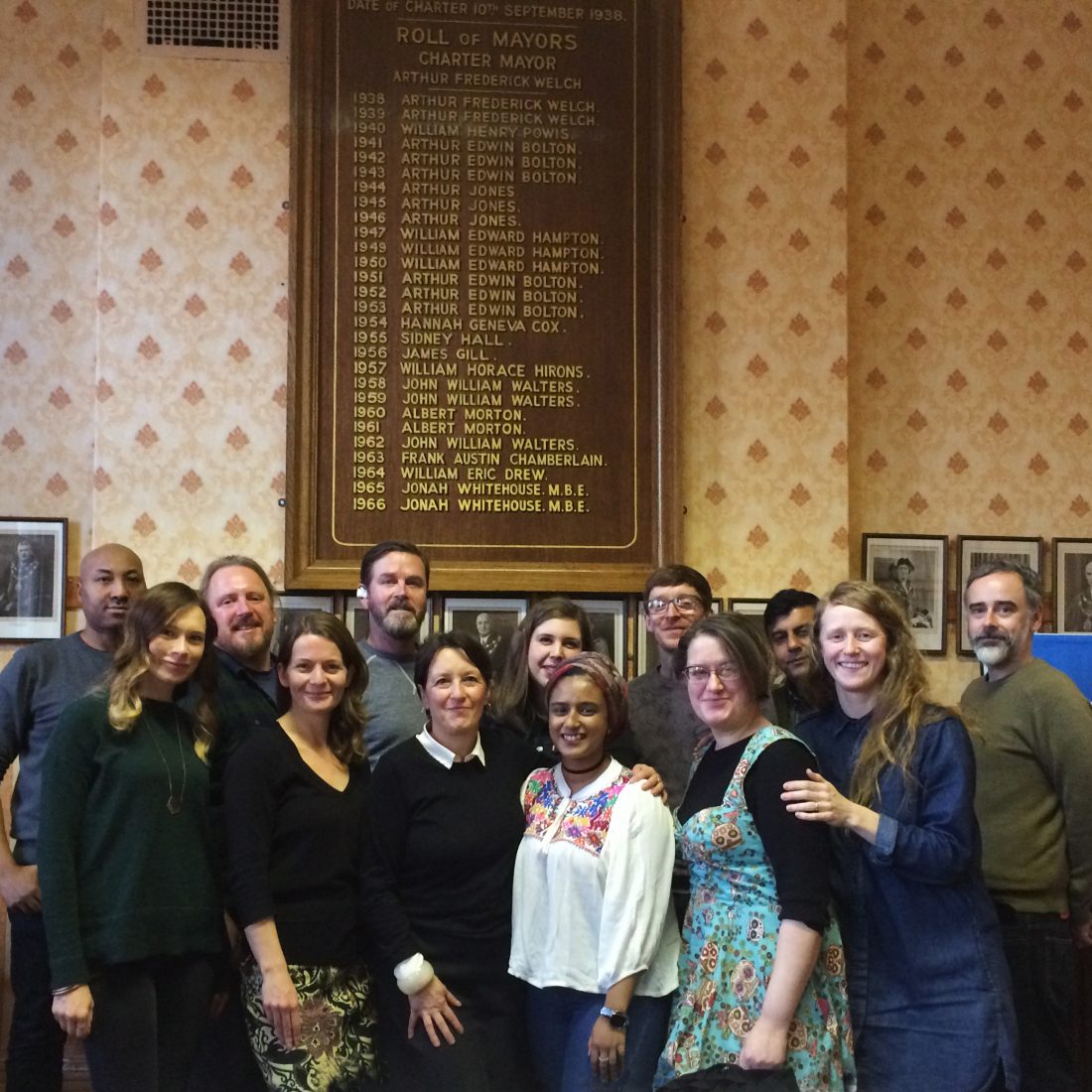 4) The Street & Modern Life, our project with Hans Eijkelboom, was part of DOCUMENTA 14 in Athens and in Kassel in 2017. More info here

5) Volker Gerling, a German artist and ‘a master of flipbooks’ started his project with Multistory. Since 2003, he has walked 3,500km across Germany, creating flipbook portraits of the people he meets along the way. For his project with Multistory he is walking the streets of the six towns of Sandwell to meet the wonderful people who live here. After creating his flipbooks, Volker will give an intimate performance locally to tell of his encounters with the people who are in the books who have shared their stories with him. 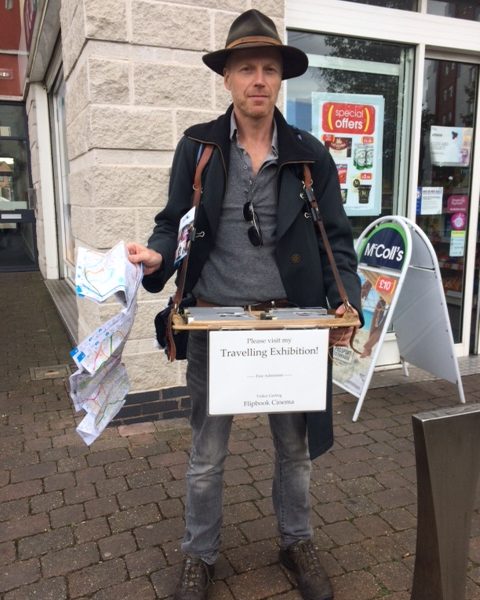 6) In May 2017, we exhibited David Goldblatt’s Ex-Offenders at the Scene of Crime at two UK prisons: HMP Manchester and HMP Birmingham. The exhibition explored the impact of crime through photographs and life stories of ex-offenders.

We developed education resources with HMP Manchester and delivered a workshop and talk with David Goldblatt, which culminated in the prisoners becoming exhibition tour guides. At the exhibition preview, prisoners, staff and Multistory guests saw the work together for the first time. The exhibition was displayed exclusively for staff and prisoners at HMP Manchester in the Multi-Faith room for two weeks in total and was shown on K-wing at HMP Birmingham. Andrew, a prisoner who was in HMP Birmingham, said: “We are truly privileged to have David exhibit his work here. As human beings we need to talk to each other more, and understand each other. As individuals most of us are only concerned with our own issues. We should understand each other so we can build bridges”. Read more about this exhibition here and the feature by Erwin James for ‘Inside Time’ the national newspaper for prisoners and detainees here 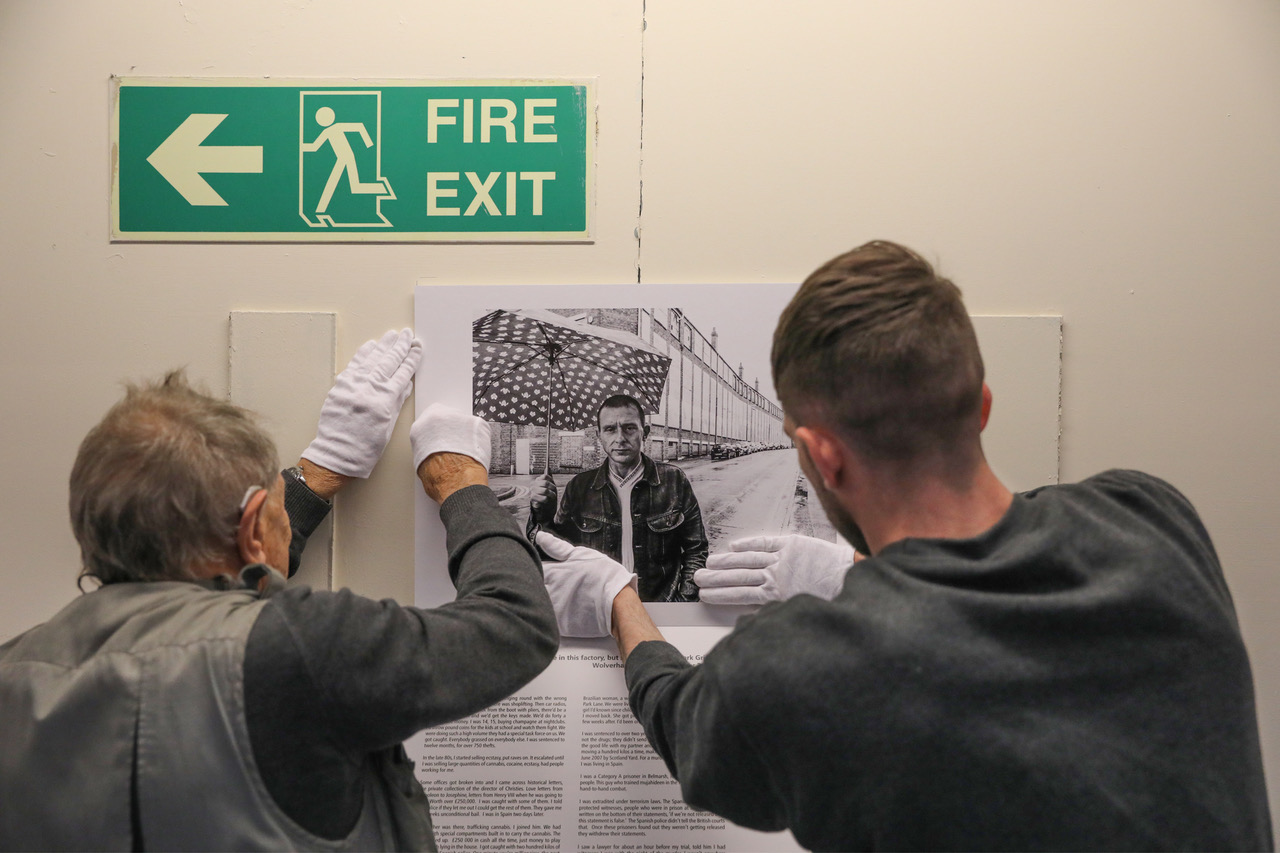 7) “How do you prune a plum tree?” was just one of the questions at our very own Gardeners’ Question Time at Central Library, West Bromwich. Alys Fowler (British horticulturist and journalist) and Susie Parr (writer, researcher and amateur beekeeper) led the panel along with local allotment holders, Alison and Alan, and Helen, a cottage garden owner. The special event was organised to run alongside our touring exhibition, ‘Black Country Allotments’. Enjoyed by the general public, schools and local allotment holders, the exhibition toured to four Sandwell libraries from September to November 2017. See more pics here 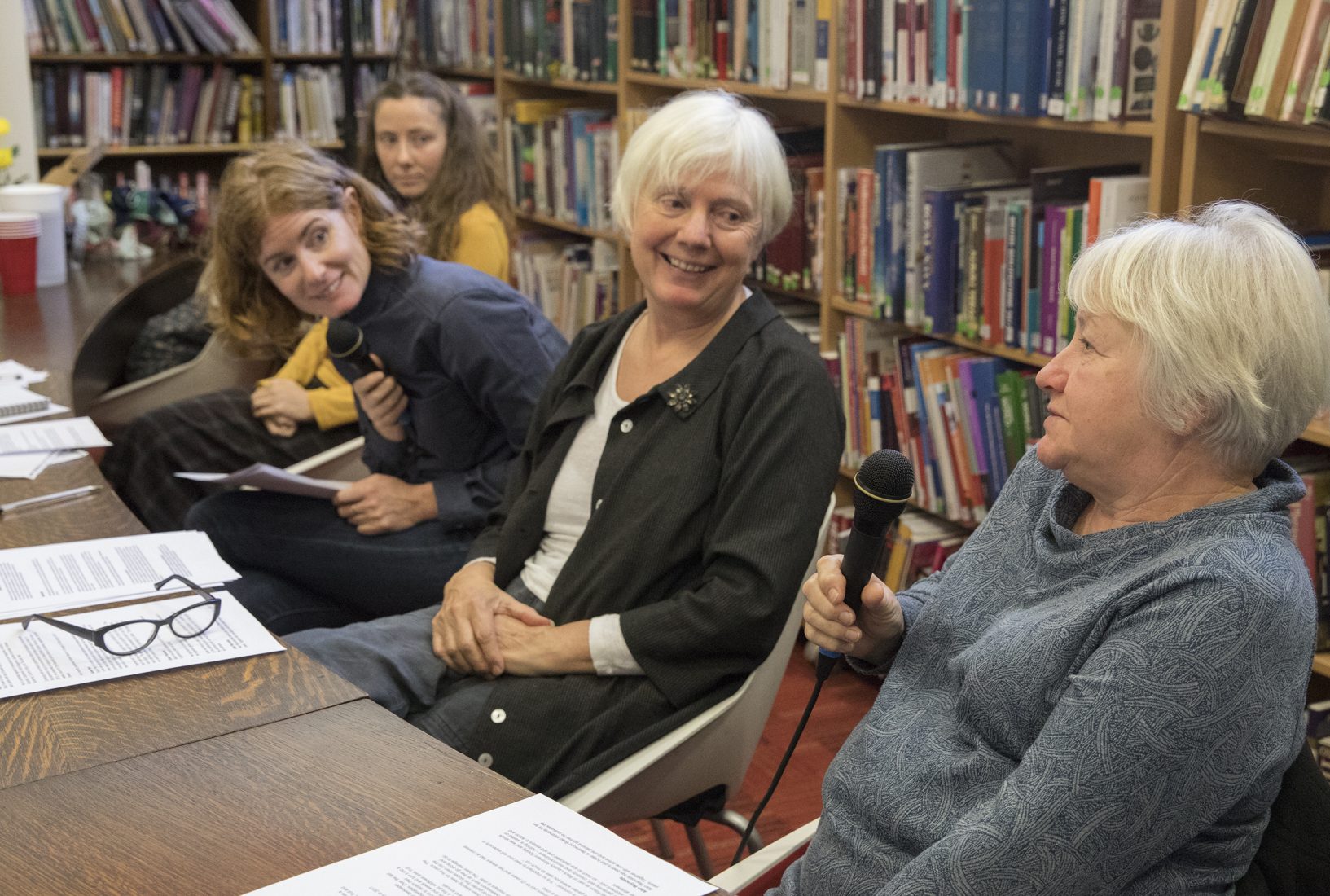 8) It was like a home away from home seeing Martin Parr’s celebrated body of work ‘Black Country Stories’ (that he made with Multistory from 2010 to 2014) at the opening exhibition of the newly created Martin Parr Foundation. The launch event involved dancing, pasties and talks from our very own Emma Chetctui and Paul Trevor, Chloe Dewe Matthews, and Chris Killip. Check out what’s on at the foundation here. One of the films we made with Martin Parr was also shown in an exhibition organised by FOTODOK, a space for documentary photography in Utrecht (NL). 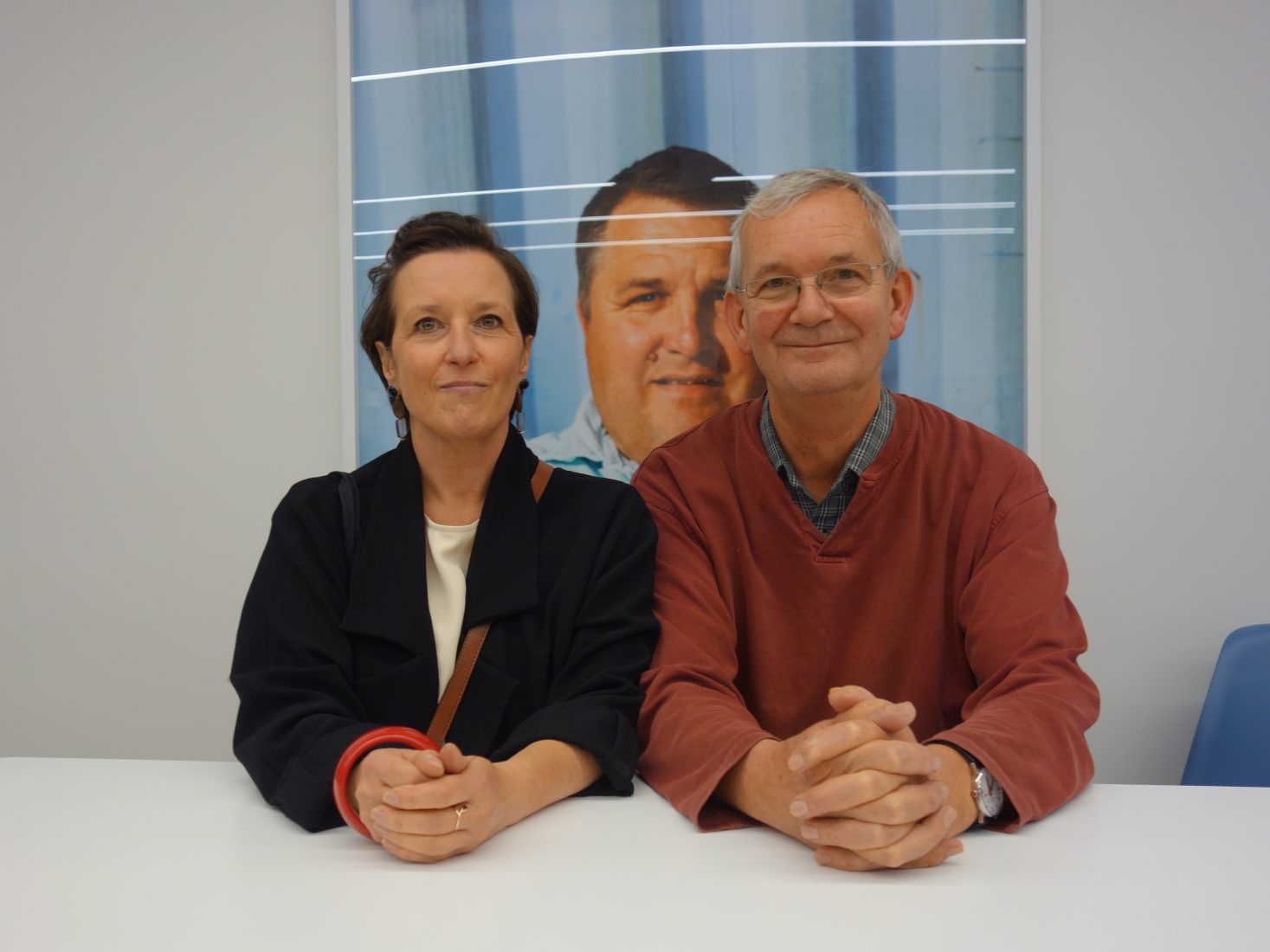 9) What an adventure we’ve had working with Jon Tonks so far. Family portraits in the park; packing in 400 people for a portrait at Saturday school; and homemade goulash at an International Food evening. More to come, but in the mean time, check out our Instagram for updates. 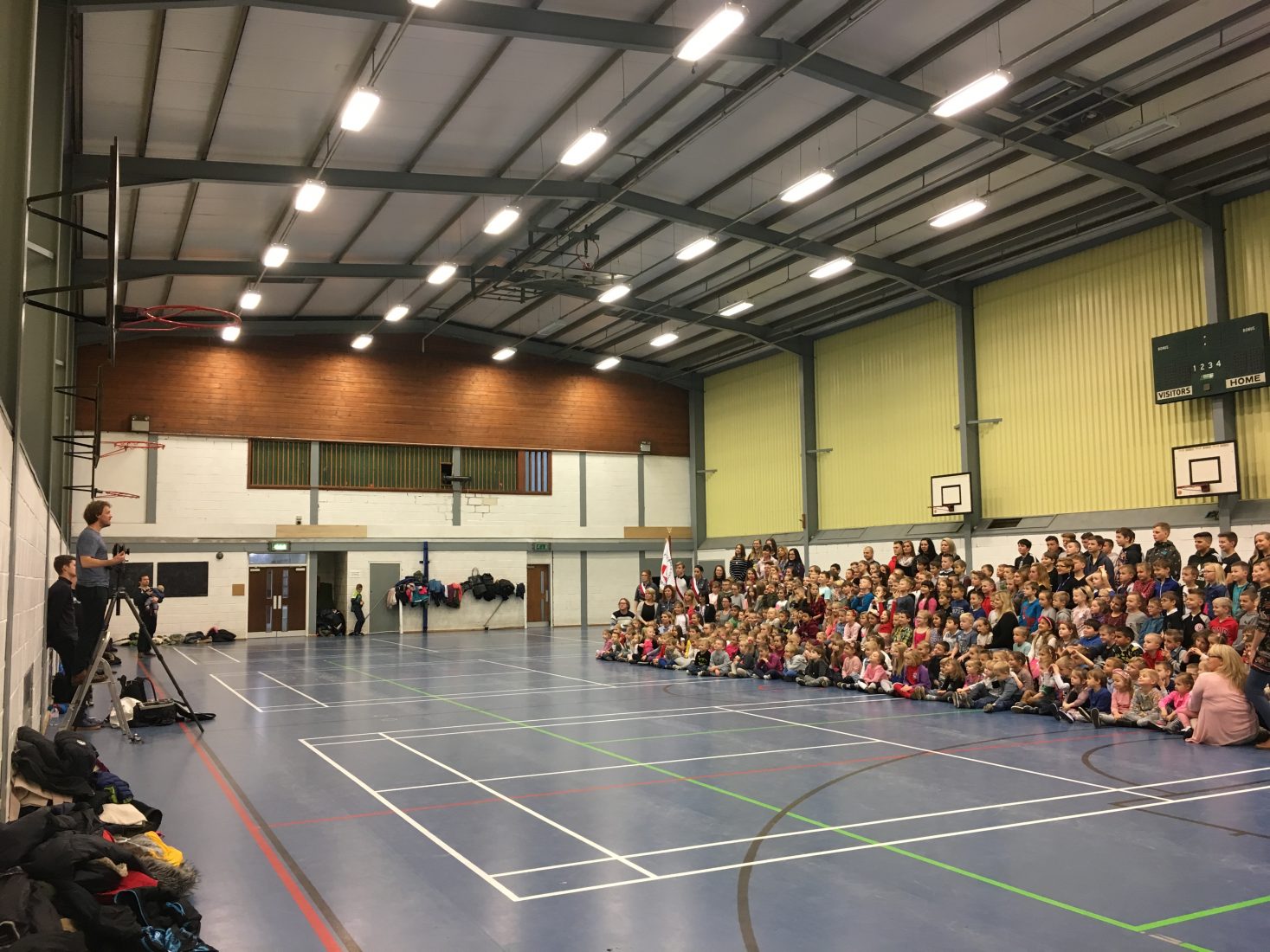 10) What could have been a better end to the year then reaching our target of £2500 to raise funds for women in refuge as part of our 16 Days of Activism campaign with Magnum photographer, Susan Meiselas. A huge thanks to all those who supported the campaign by buying a book, donating to our GoFundMe page, visiting the pop-up installation at West Brom Indoor Market, or attending our ‘evening with Susan Meiselas’ event at West Brom town hall.  Read more about the campaign here 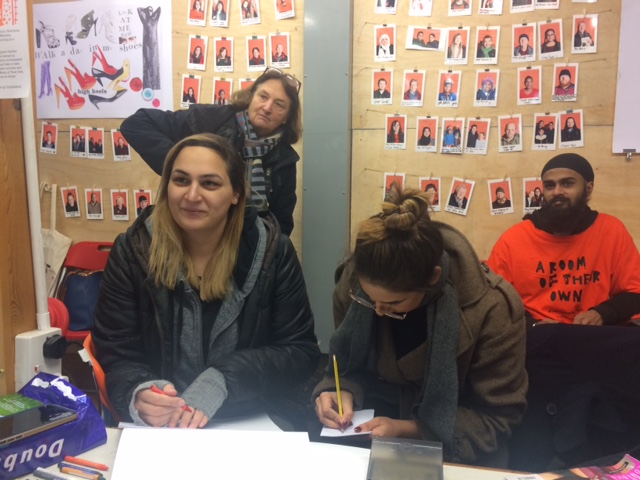 A big heartfelt thanks to Sandwell Council and Arts Council England and all of our partners, project participants and friends over the course of the year. We couldn’t have done all of this without you!

Look out for our post next week about what we’re looking forward to in 2018.