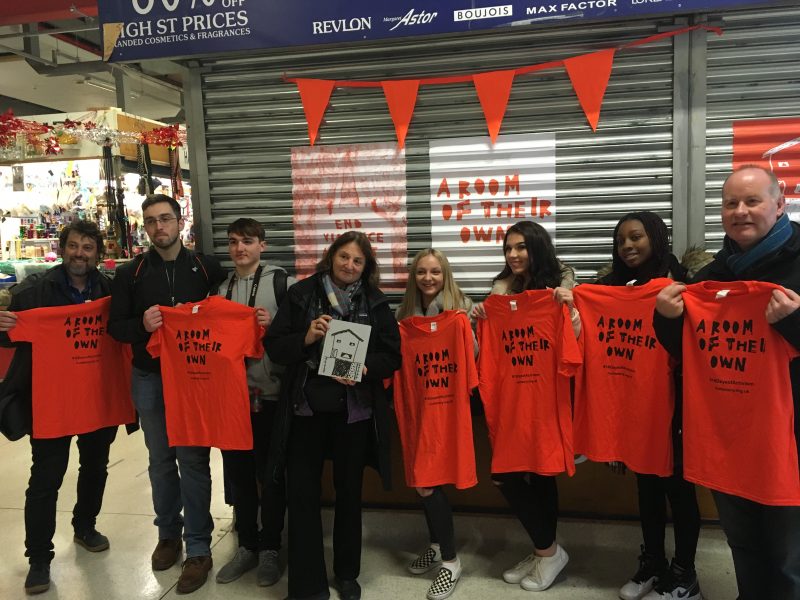 What an incredible couple of weeks we had on our #16daysofactivism campaign with Magnum photographer Susan Meiselas. Huge thanks to all those who supported the campaign by buying a book, donating to our GoFundMe page, visiting the installation, or attending an event. We were delighted to hand over £2500 (our target) to The Haven, a local women’s refuge, all before Christmas.

Back in 2015 and 2016, we collaborated with Magnum Photographer, Susan Meiselas and women who were living in a Black Country Refuge. The resulting publication, A Room of Their Own, shares the women’s experiences of domestic abuse. To coincide with the International Day for the Elimination of Violence against Women on 25 November 2017, and the 16 Days of Activism Against Gender Violence (25 Nov – 10 Dec) we teamed up again to create a pop-up exhibition accompanied with a series of events, workshops and talks.

Our pop-up installation in West Brom Indoor Market was a huge success showing a selection of digital narratives from A Room of Their Own. Across the 16 days we hosted art workshops ranging from ‘making your own tote bag’ to collage workshops titled ‘go beyond a selfie’.  The fantastic photography students from Sandwell College ran a pop-up portrait studio with members of the public who also added messages of hope as part of the ongoing conversation around domestic violence.

Sandwell libraries joined our campaign by displaying A Room of Their Own and also offering a collection point for members of the public to donate items of need to Black Country Women’s Aid. West Bromwich Central Library also hosted an afternoon with our very own Wolverhampton-based writer, poet and storyteller Emma Purshouse who read extracts from the book with Priscilla, a project participant.

A highlight for us was ‘an evening with Susan Mieselas and Guests’ where Susan talked about the process behind A Room of Their Own and was then joined by a few of the project collaborators and women in refuge in conversation.

Up until the 10 Dec you could also find a display featuring a single photograph from A Room of Their Own at Wolverhampton Art Gallery where we invited visitors to respond to the image through writing and drawing.

We really want to say a huge thank you to everyone involved with this campaign. From Susan and her team, all the project’s collaborators, Sandwell College students and tutors, our workshop facilitators, Sandwell Libraries and everyone who donated. 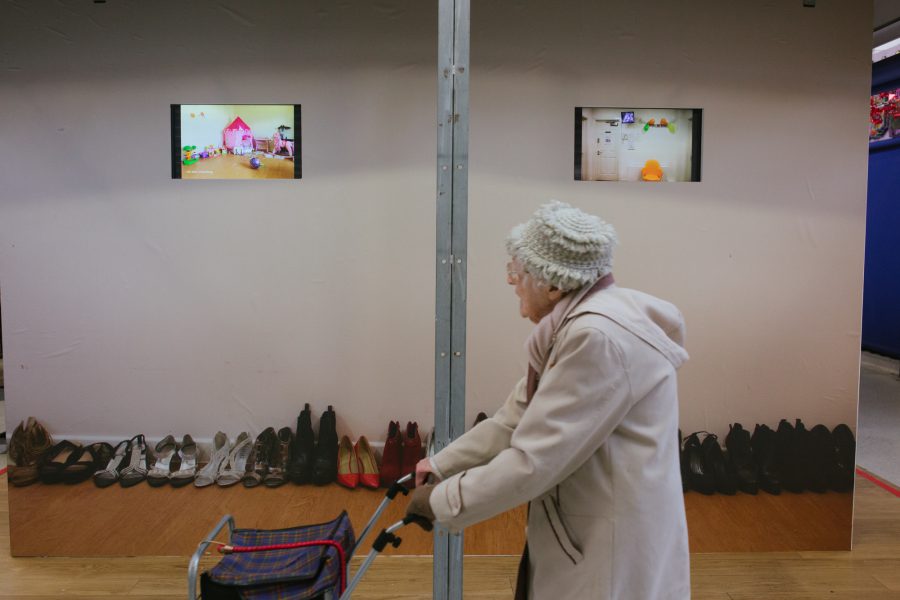 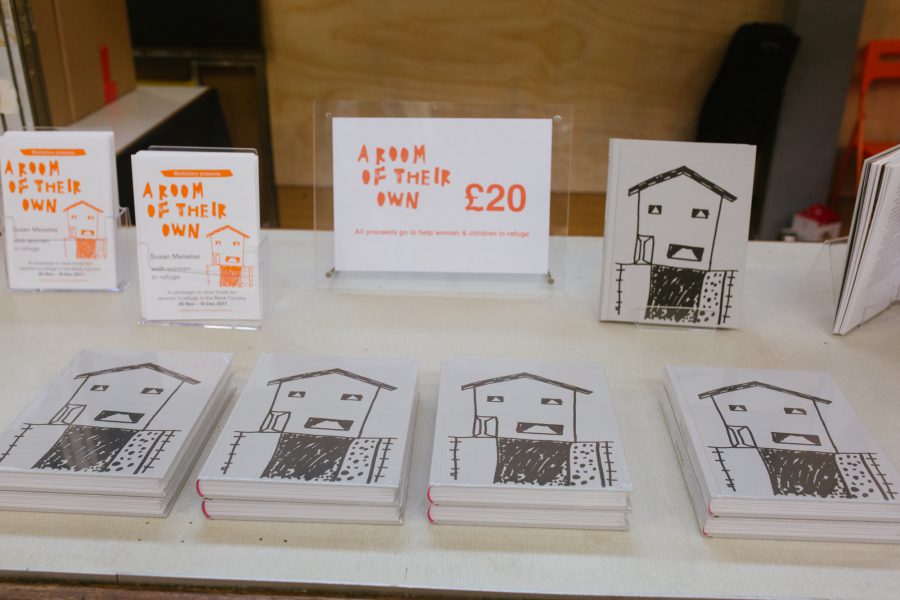 Susan Meiselas’ A Room of Their Own on sale at West Bromwich Indoor Market, December 2017 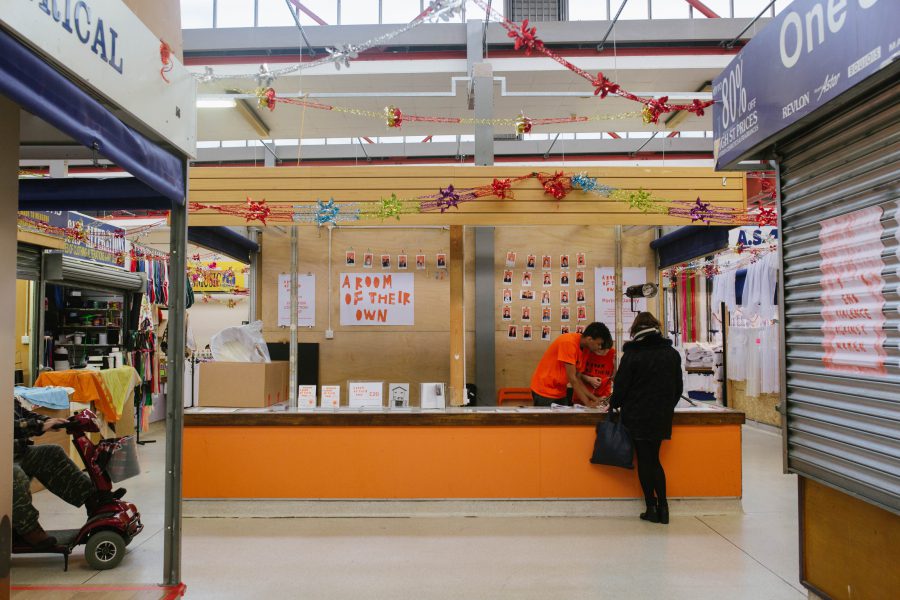 Our 16 Days of Activism – A Room of Their Own pop-up installation, December 2017 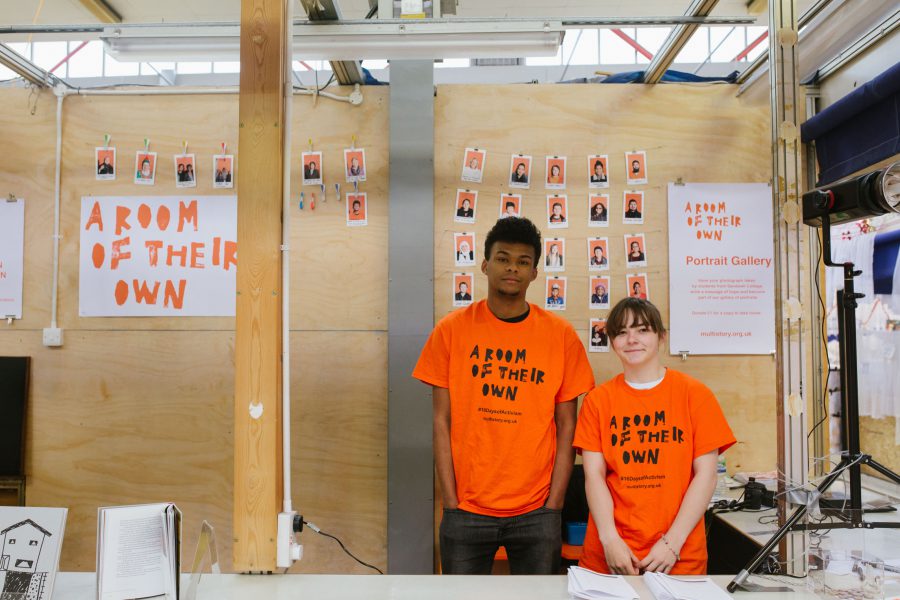 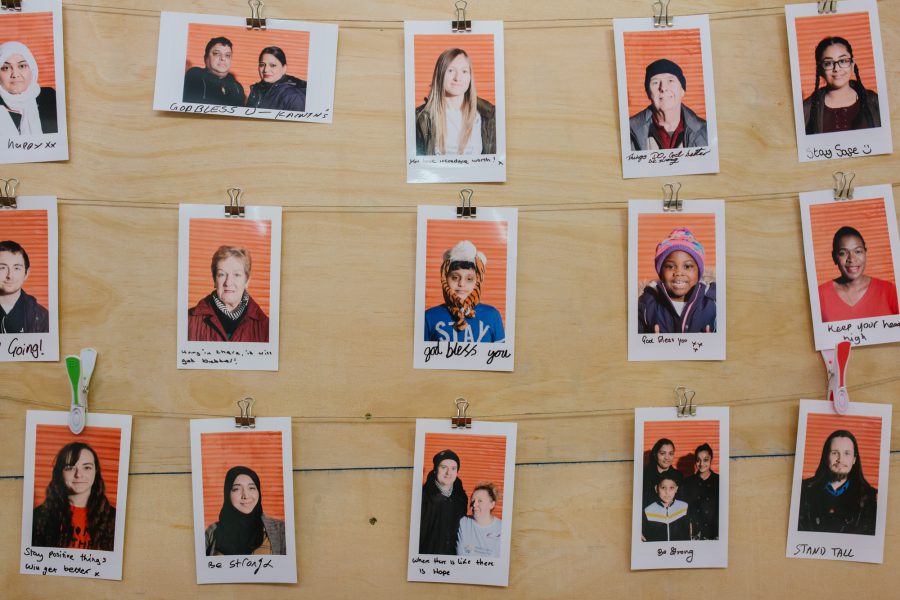 Portraits of members of the public who added messages of hope as part of the ongoing conversation around domestic violence, December 2017 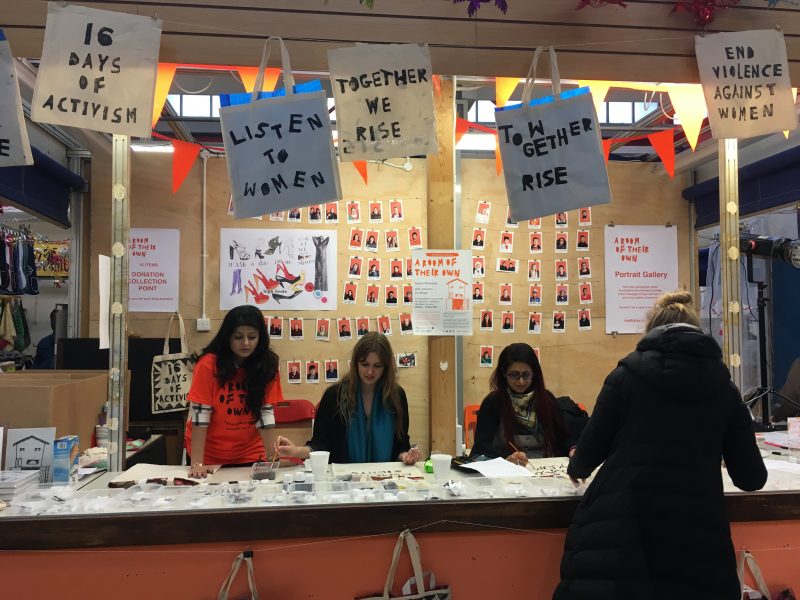 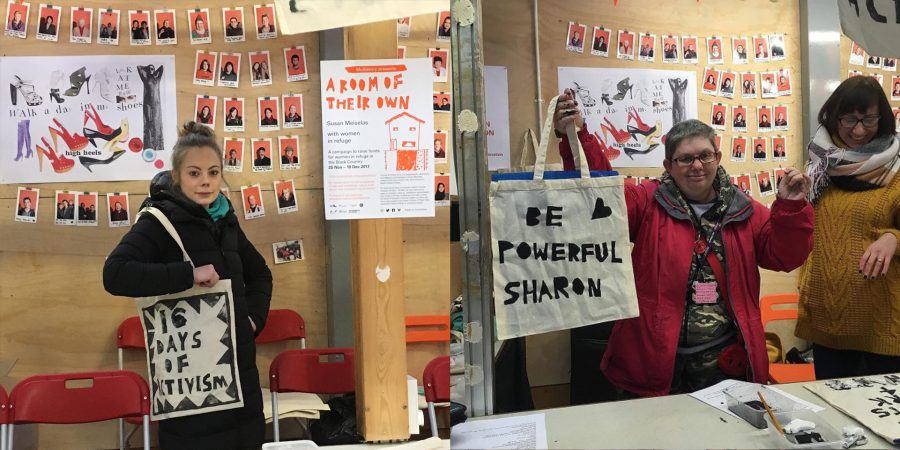 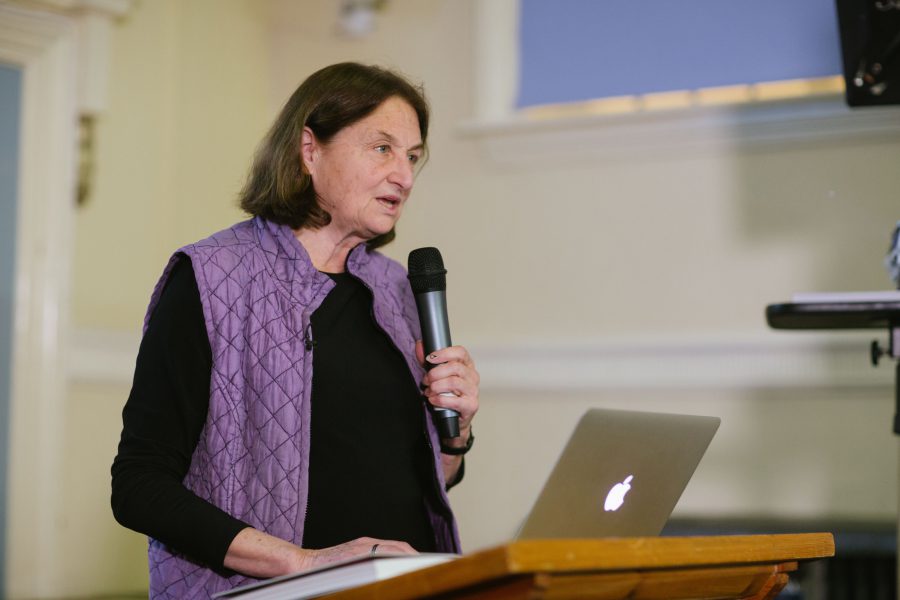 Susan Meiselas talking about the process of creating A Room of Their Own with Multistory, December 2017 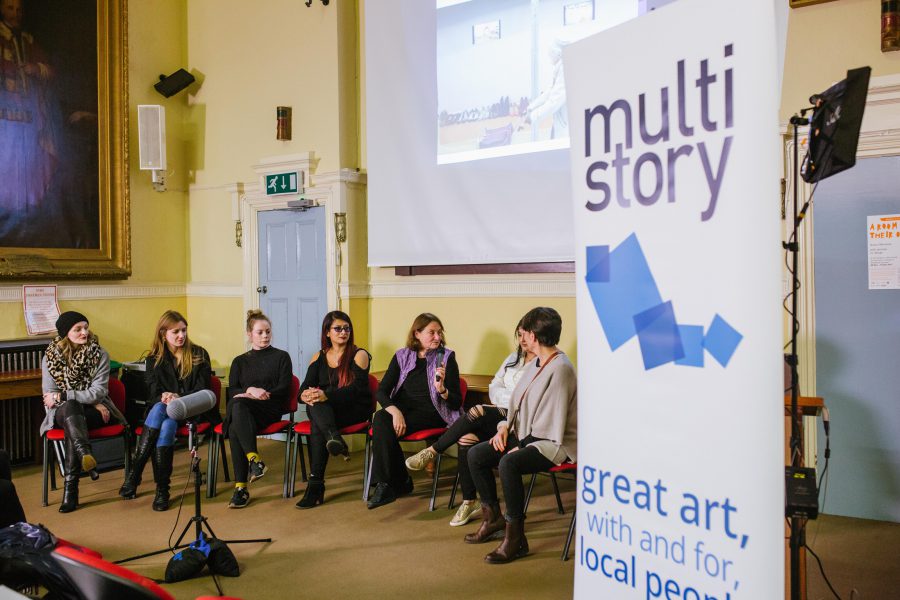 Our panel discussion at ‘An Evening with Susan Mieselas and Guest’, December 2017 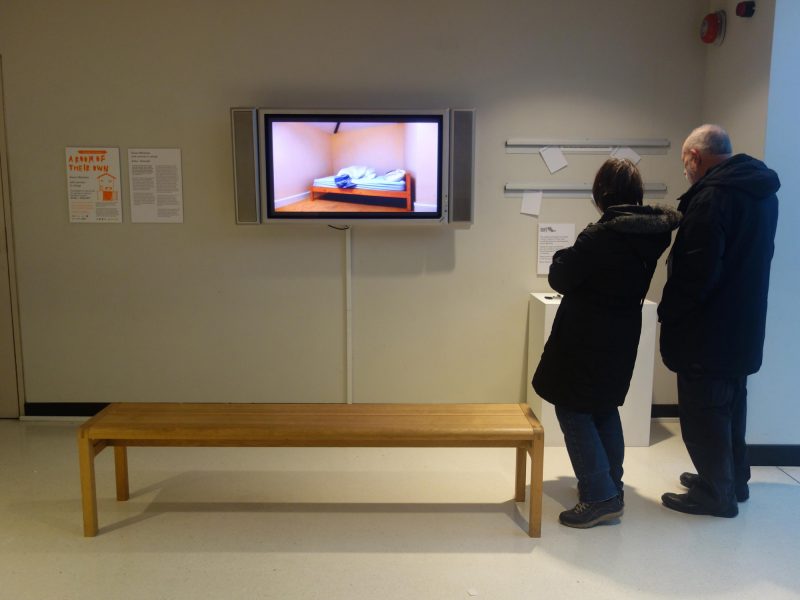 A display featuring a single photograph from A Room of Their Own at Wolverhampton Art Gallery, December 2017