Hi, I’m Olivia, an amateur photographer, winner of the Inspire 19 10-14 competition, who joined Multistory during work experience week in Year 10. During my work placement I conducted research into the Multistory archive, and presented what I found via their Instagram account.

My research project is all about the hidden spaces in the Black Country, and the remains of hangouts and workplaces. Using photography by Mahtab Hussain, Martin Parr and Rob Clayton from the Multistory Archive, this projects conveys a nostalgic feel, and emphasises the endless growth and change of the urban world. The Black Country is a good example of this due to its industrial past and present, and the changes this has brought to the landscape. This is demonstrated by the use of claustrophobic photographs, ones where the viewer is walled in, or pushed close to the group or ceiling. 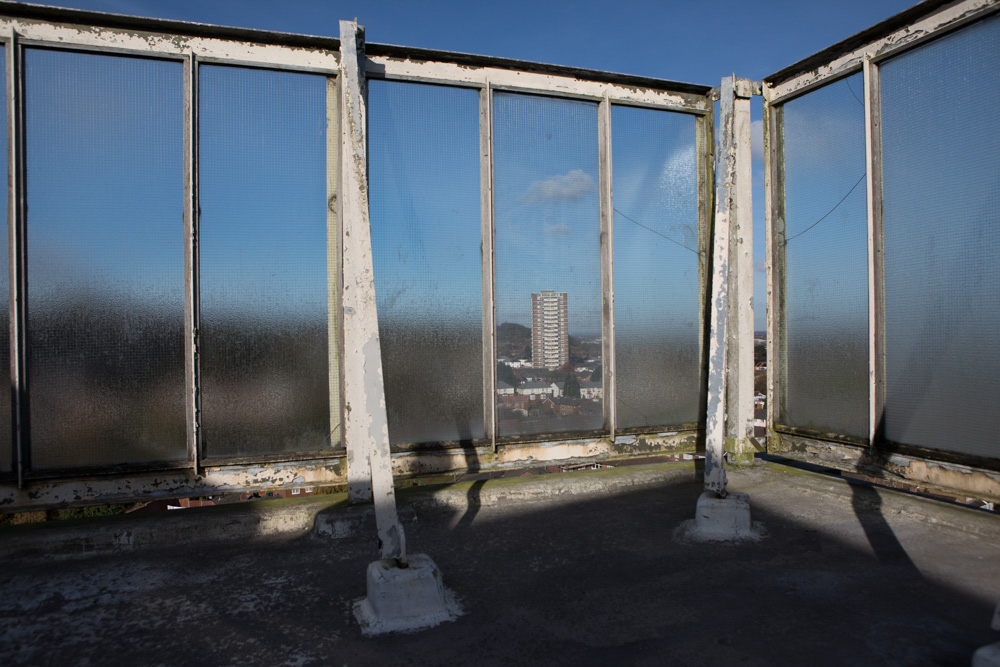 This photo is Robert Clayton’s work and shows the essence of ‘Hidden Spaces in the Black Country’. The rusted metal and chipped glass give the impression of disrepair and that perhaps the viewer is somewhere they aren’t meant to be, giving it an isolated feel, which is emphasised by the single shadow of the photographer. The enclosed space created by the glass walls creates a room-like impression, which shows off the freedom of the clear pane, contrasting it with the clouded ones beside it. Hidden spaces in the Black Country is about exactly that, the strange sense of community brought by these abandoned places that some still refuse to forsake. 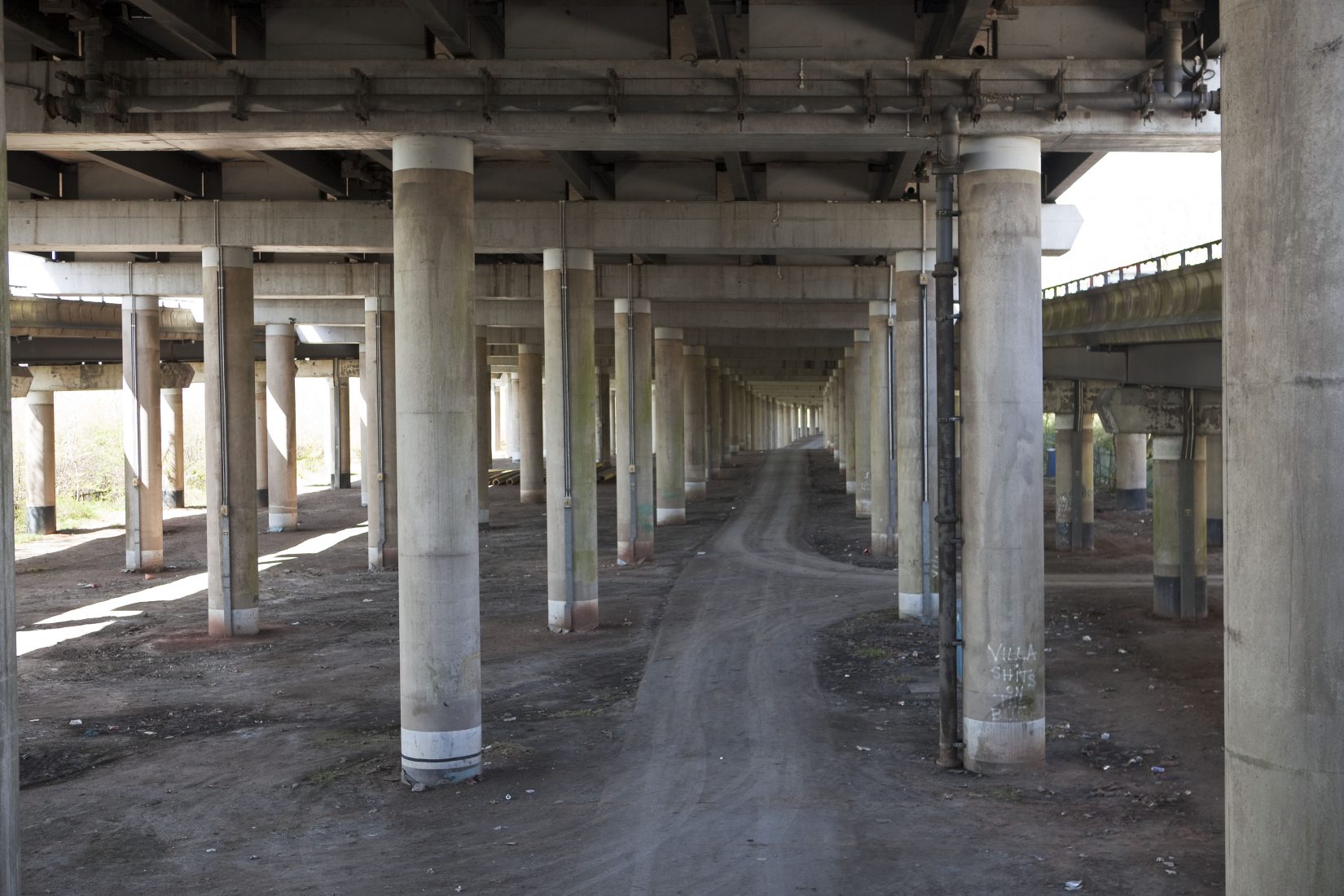 This photograph uses repetition and lines to give the idea of an artificial and rigid landscape. The trodden path shows that people have kept this as a teenage haunt, that this dark, almost underground maze is treasured, is used and visited regularly.

The fact that it is by Martin Parr, who’s work is usually focused and vibrant, also helps to show that there is something special about the place. That this wide landscape and monotone mixed with brown is, for generations, a second home, a playground when you’re too old to play. This is a hidden space, somewhere you’d never find if you weren’t told about it. It has been built on, but that hasn’t stopped youths using it. This is a place that hasn’t conceded. 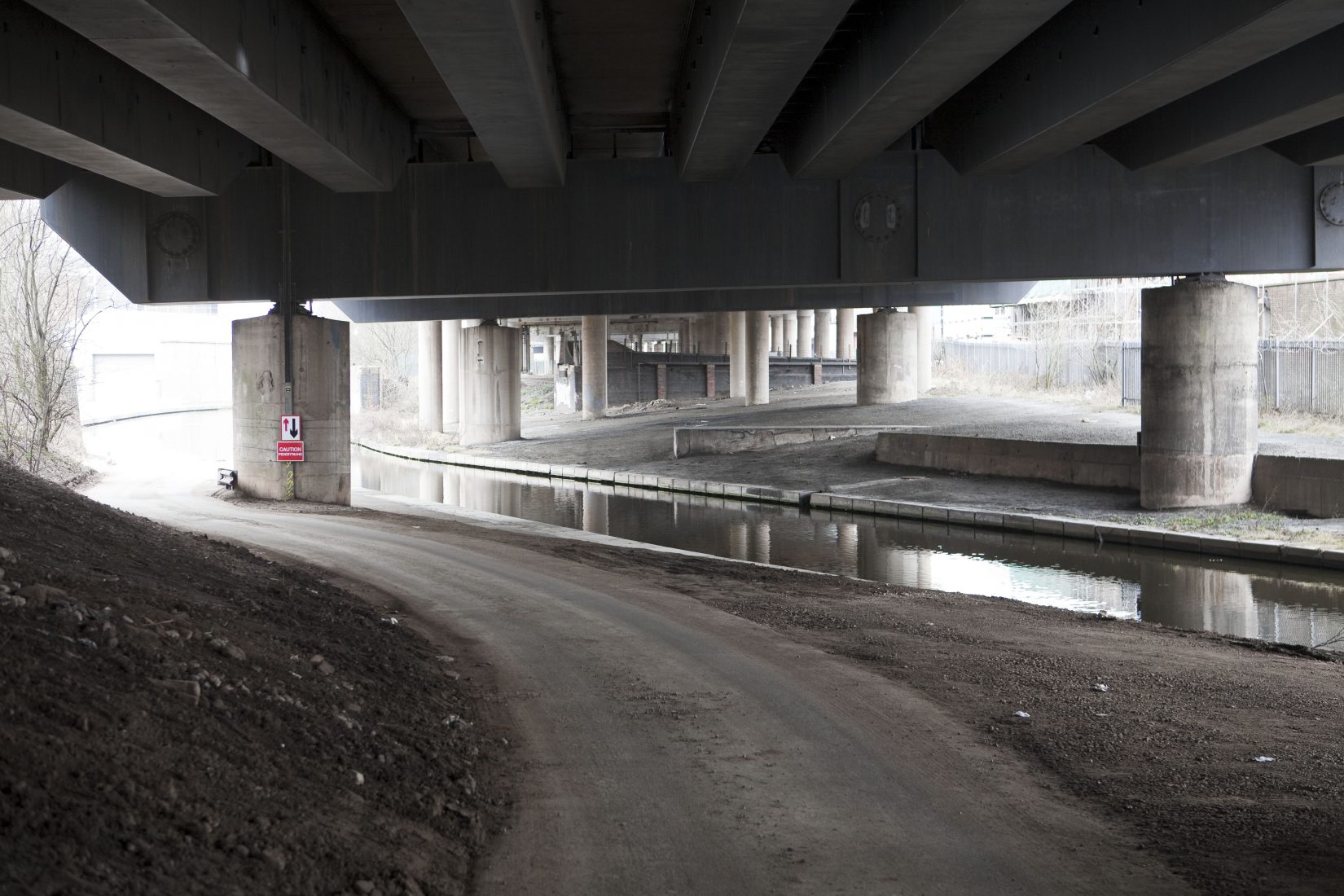 This is an example of Martin Parr’s work. Even though his photographs are usually ‘up close and colourful, this image is wide and almost drained of colour, with the single exception of the red sign.

The low ceiling gives this photo a claustrophobic impression, which contrasts the open space that the picture depicts. Because of the low light, the river possesses a strange quality, which adds to the dark atmosphere. It is deserted, and the lack of people helps to create the image as it is, devoid of movement and colour. This is a unique photo, and definitely an example of a Hidden Space. 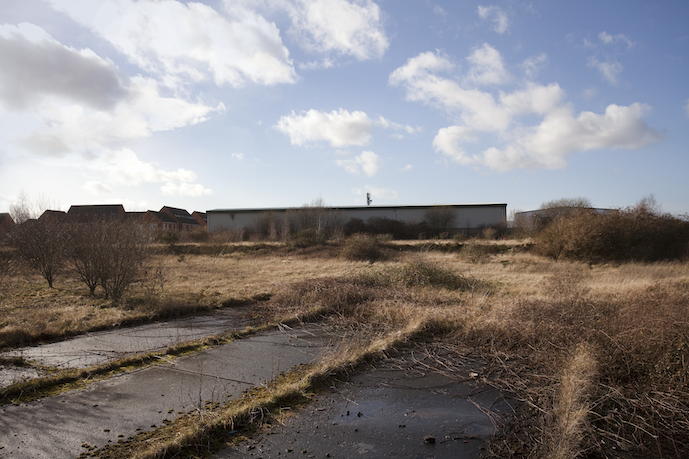 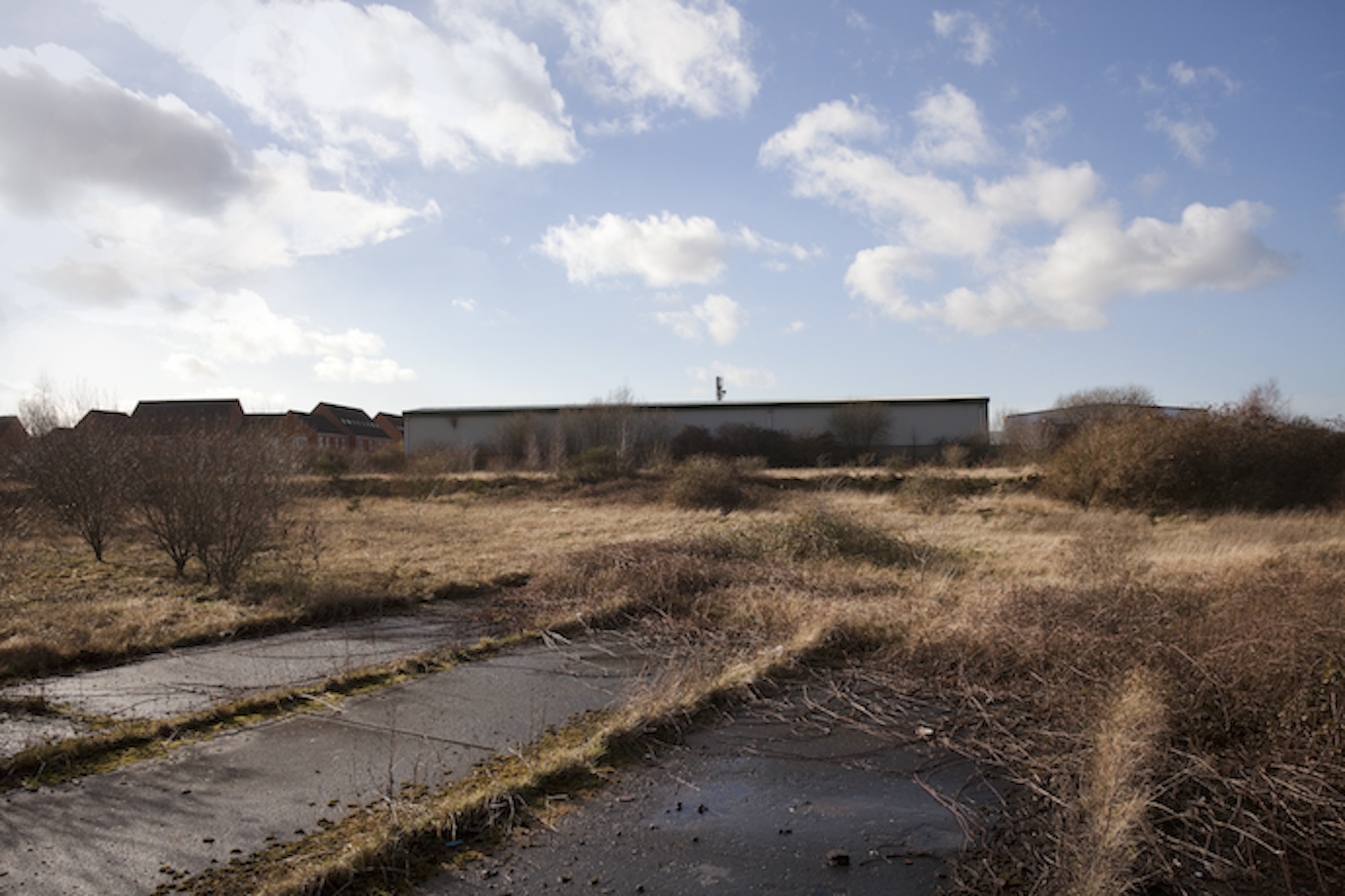 This photo by Mahtab Hussain displays a demolished factory. It has a mixture of an enclosed and an open feel due to the expanse of empty land and sky, combined with how full the frame is, with the ground filling a lot of the available space. This contrasts the open space otherwise seen. The clear view of the factory suggests that the photographer has surpassed some kind of fence, as usually surrounds old buildings, and demolition sites. This imaginary fence creates the impression of walls and being somewhere you shouldn’t. Combined with the fact that there are no people in the photograph, is what makes it stand out as a Hidden Space.

The different lines in this photo give it multiple layers, an example of these would be the diagonal strips of grass on the concrete in the foreground, or the vertical plants to the left. These add to the artificial and structured impression created by the presence of the factory, and the fact that it was taken in Tipton, one of the key towns during the industrial revolution. It’s this impression combined with the contrast in the image that make it such an interesting photograph.