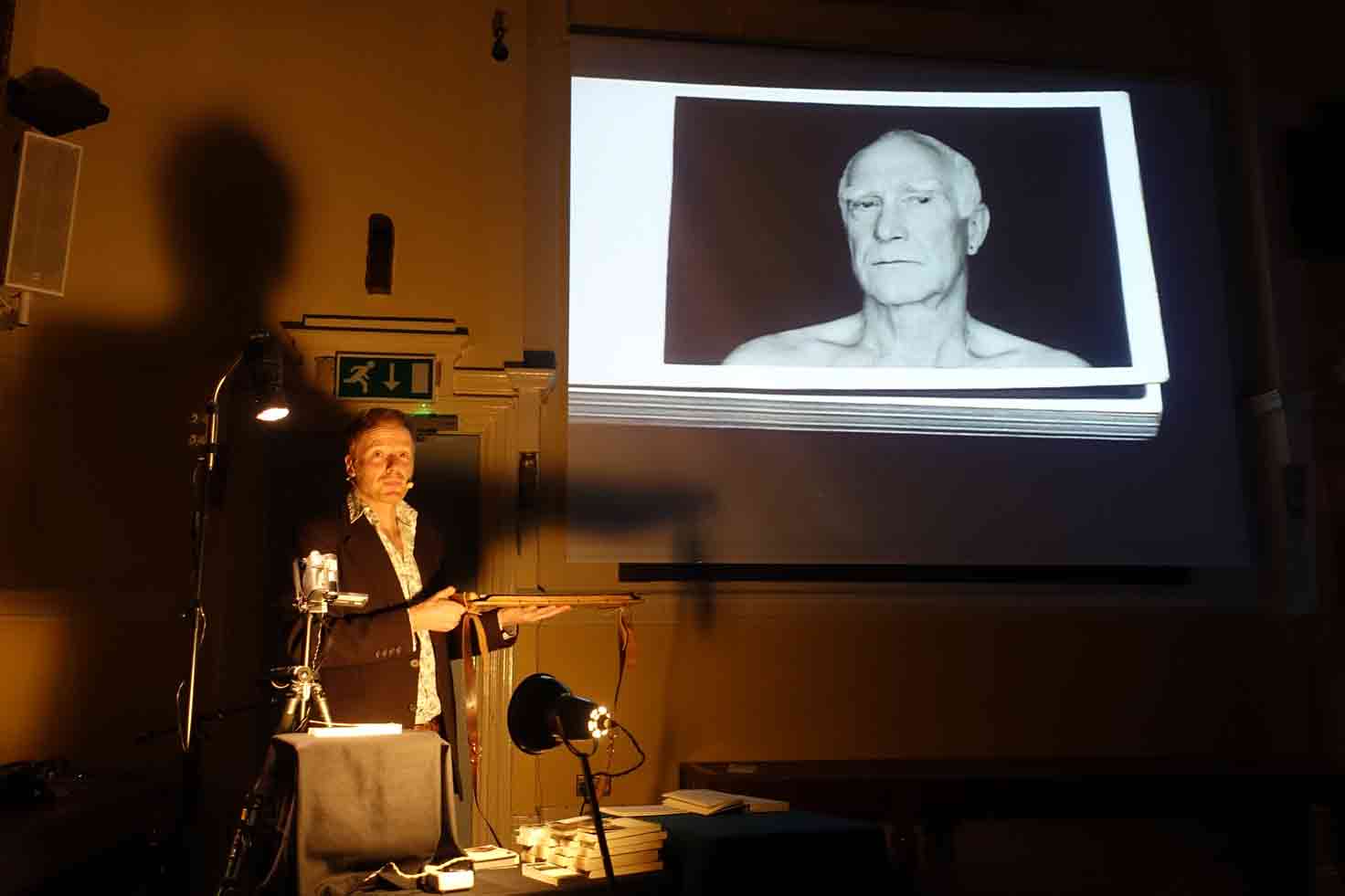 Winner of the Total Theatre Award for Innovation, Experimentation & Playing with Form at Edinburgh Fringe Festival 2015, Volker Gerling is a passionate creator of flipbooks and of the film form he calls Daumenkino– literally ‘thumb-cinema’. Since the summer of 2002 he has walked over 3,500km throughout Germany, creating flipbook portraits of some of the people he meets along the way. When performing his flipbooks to an audience, Volker displays some of his favourite portraits by holding each under a video camera so that its moving images can be projected onto a screen. In a series of enchanting moments, the portraits come to life as Volker shares the heart-warming stories behind each encounter.

Multistory invited Volker to walk across the six towns of Sandwell for several visits over a two-year period starting in 2016. Photographing the people that he met and talked to along the way, he was charmed by how open and curious the people in the Black Country are about other people’s stories. Volker created flipbooks of some of the people he met and performed them live, recounting the tales they shared with him about their lives – a wonderful meeting of cinema, photography and story.

“When I was invited to do a flipbook project in Sandwell it was the first time that I was walking for a longer time with my hawker’s tray somewhere on the streets outside the German speaking area. It was very surprising for me how open and curious the people in Sandwell reacted to me and my flipbooks. There was much less fear of contacting strangers or approaching the unknown than in Germany. The people here have a real interest for other people and their stories.” Volker Gerling

Behind the Scenes
Performance at West Bromwich Town Hall