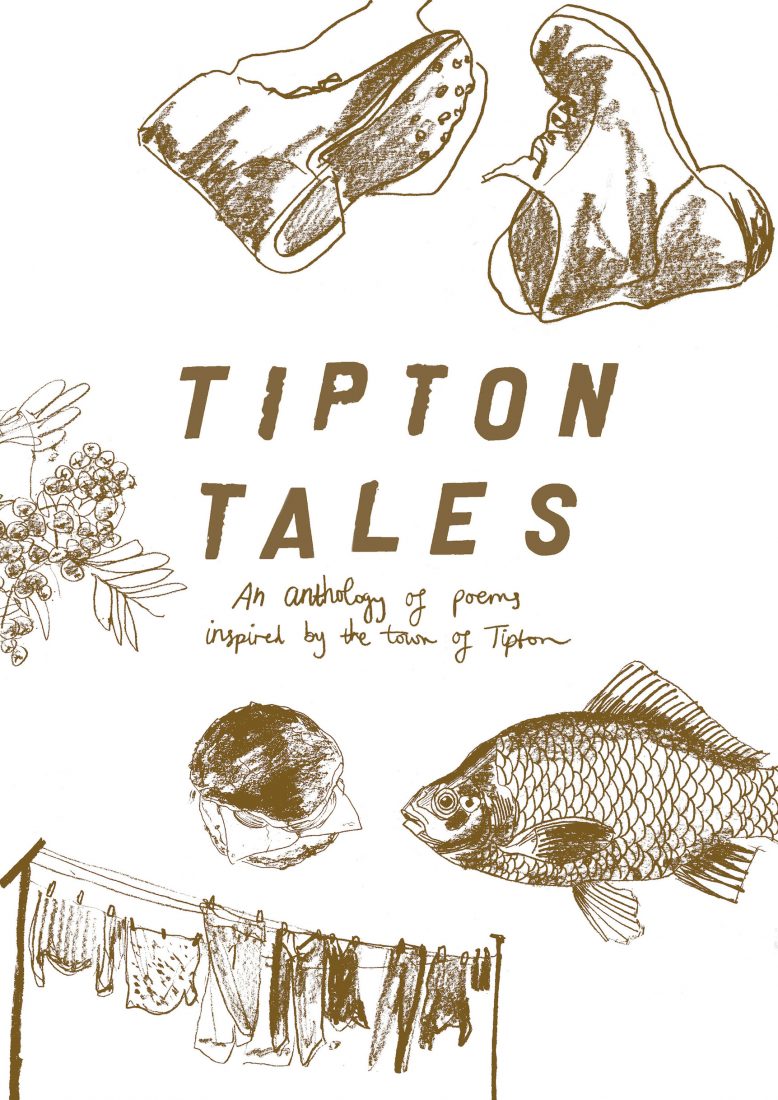 As a starting point, I took a wander around Tipton and made notes about the things I saw and heard. Walking, for me, is an important part of the creative process. Poems form themselves as I walk. From my notes I produced Tipton: Figure of Eight, a poem that takes the reader, an imagined outsider, on a journey from Tipton station, along Owen Street, down Factory Road, back along the canal to Coronation Gardens, then over for a swift half in the Fountain pub, before heading back to the station to catch a train out of town. Emma Purshouse

Multistory is pleased to announce the launch of Tipton Tales – a book of newly commissioned poetry focusing on the Sandwell town of Tipton by poet Emma Purshouse. Emma’s preferred method of working is collaboration. She is part of the Black Country collective Poets, Prattlers, and Pandemonialists whose main aim is to take poetry to people rather than to wait for people to come to poetry. In the spirit of such collaboration this book features not only work by Emma but also work by commissioned poets that Emma has invited to take part. Each of the poets featured have deep-rooted connections to and a respect and love of the region. Poets in the book include Casey Bailey, Liz Berry, Roz Goddard, Brendan Hawthorn, Kuli Kohli, Roy McFarlane, Dave Pitt, Steve Pottinger and Billy Spakemon.

Illustrations by local illustrator Louise Byng and printed by The Holodeck in Birmingham. The book can be purchased from our online shop and a selection of poems can be listened to on Soundcloud.

We launched the book on 29 November 2018 at Tipton Library where there were performances by Dave Pitt, Steve Pottinger and Emma Purshouse and a selection of delicious local pies and ale were available.

I wanted to bring other voices into the narrative because collaboration is another important part of what I do. I like the connections that are made when a number of writers respond to the same theme, so I invited other poets to take part and write about Tipton too. I then wove their work, and some more of my own poems, around my original Tipton: Figure of Eight poem that runs throughout this anthology in blue lettering. These other poems can be seen as discoveries or connections made along the route, based upon the real and the imagined, fact and fable, the characters that you might meet if you were to explore this gem of a Sandwell town. – Emma Purshouse