Josh Allen is a contemporary historian and writer based in south Birmingham. His work has appeared in publications as diverse as Vice, The Observer, New Statesman, Novara Media, Apollo Magazine and the London Review of Books, as well as a wide array of regional and specialist publications. Whilst as a project manager and content producer he has worked with creative and cultural organisations across the midlands including Flatpack Projects, the Living Memory Project, the Past & Present Society and the universities of Warwick and Birmingham. He holds a BA in History from the University of York and an MA in Modern British Studies from the Centre for Modern British Studies at the University of Birmingham.

For Stories in Isolation, Birmingham-based contemporary historian and writer Josh Allen researched and wrote an article about the grass-roots organising taking place in Sandwell during the pandemic. He spoke to three organisations to find out how they were adapting in order to support and continue engaging their communities; Lion Farm Action Centre in Oldbury, Sandwell Youth in Action in Smethwick and Common Ground, Smethwick. 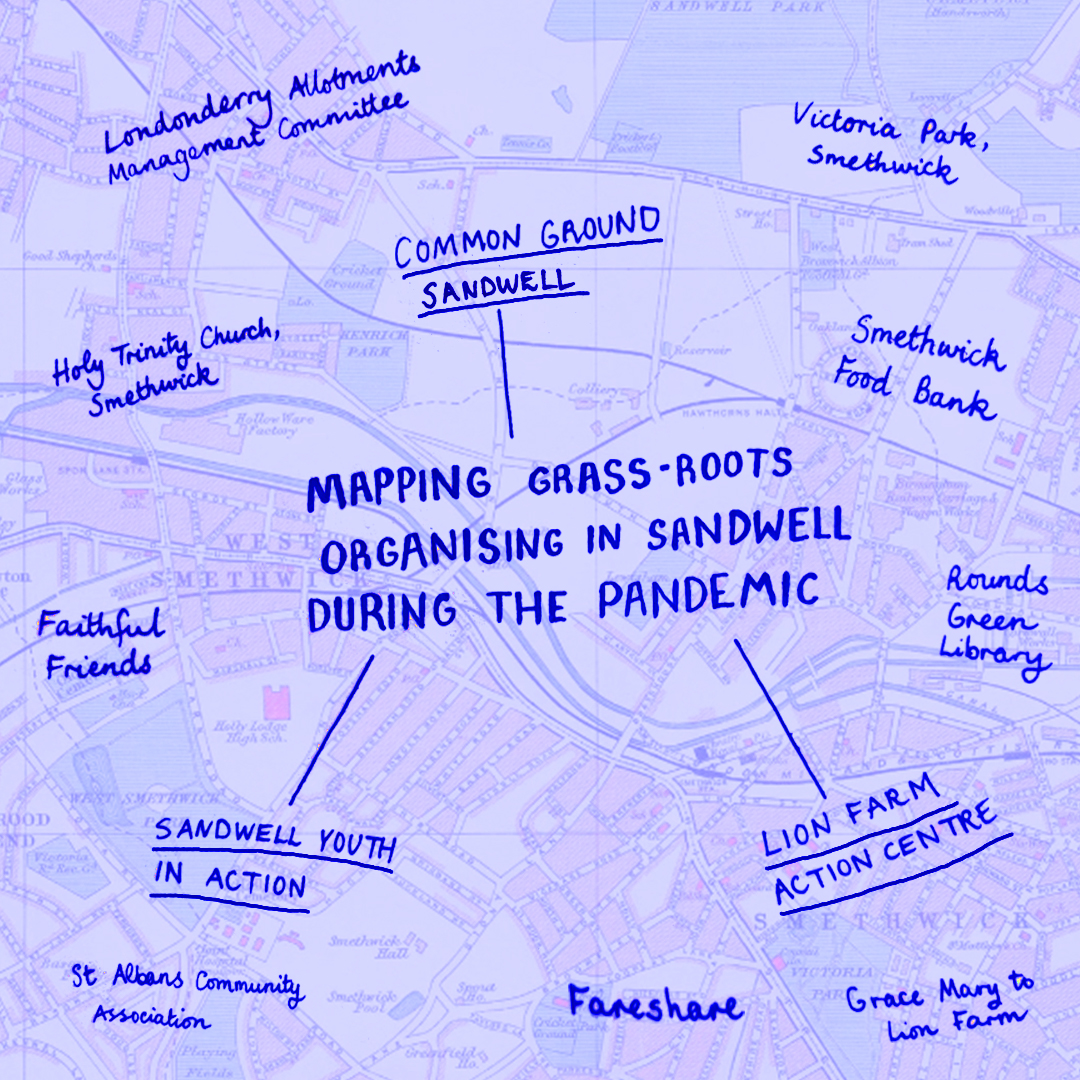