How does a certain place make us feel? How can we explore it in a different way than we normally would?

Psychogeography is a growing practice that since the 1950s has sought to reimagine the city, and to playfully explore it in alternative ways. One of the traditional techniques employed by psychogeography – dérive – or drift – is the act of floating through a city aimlessly, letting yourself be guided by your senses. More recently, psychogeography has influenced writers to explore the concept of the edge-land, the spaces in-between the urban and the rural, such as canals and quarry sites.

For this workshop, writer Kerry Hadley-Pryce invites members of the Blast! Creative Network to undertake a psychogeographical exploration of your local area, which will inform a piece of creative writing that you will develop during the workshop. We’ll explore the atmosphere of the region, its humour, its myths and stories, and how its sights, smells and sounds make us feel.

In preparation for the session, you are asked to take a walk in a place nearby that you are not altogether familiar with, or to revisit a memory that you have of a place, and to take notes of what you hear, smell and/or see. Describe how you feel in the place, and feel free to take photos to record your journey, or to take screenshots via Google maps! You’ll be sent an exercise sheet to prompt you ahead of the workshop. During the session you’ll be invited to share from your notes, and Kerry will guide you towards crafting a piece of psychogeographical writing, which you’ll share with the group at the end of the session.

This is an informal, friendly space, which welcomes people who have written previously, or who are complete beginners!

Kerry Hadley-Pryce was born in the Black Country. She worked nights in a Wolverhampton petrol station before becoming a secondary school teacher. She wrote her first novel, The Black Country, whilst studying for an MA in Creative Writing at the Manchester Writing School at Manchester Metropolitan University, for which she gained a distinction and was awarded the Michael Schmidt Prize for Outstanding Achievement 2013–14. Her second novel, Gamble, also set in the Black Country, was shortlisted for the Encore Prize 2019. Several of her short stories have been published online and in print. She is currently a PhD candidate at the Manchester Metropolitan University, researching Psychogeography and Black Country Fiction, and she is working on her third Black Country novel, to be called God’s Country.

This workshop is hosted as part of our Blast! Creative Network programme. Taking place online once a month the BCN programme offers talks, workshops, opportunities and social events to bring emergent artists based in Sandwell or the Black Country a yearlong events programme that provides a space for knowledge sharing and support. You can learn about upcoming sessions here.

A fundraising workshop led by Producer Jenny Moore, designed to help you with applying to the Arts Council England project grants fund. Jenny will share from her expertise in fundraising for large scale arts programmes as well as for independent projects, walking you through important considerations for when you are developing your idea, all the […] READ MORE

We’re pleased to announce that we have invited Tom Hicks aka Black Country Type to conduct a photowalk around Wednesbury town centre – followed by a talk about his work on 4 December, 10 to 12 midday.  The workshop is free but places are limited so please book.  Tom Hicks is an artist, writer and […] READ MORE 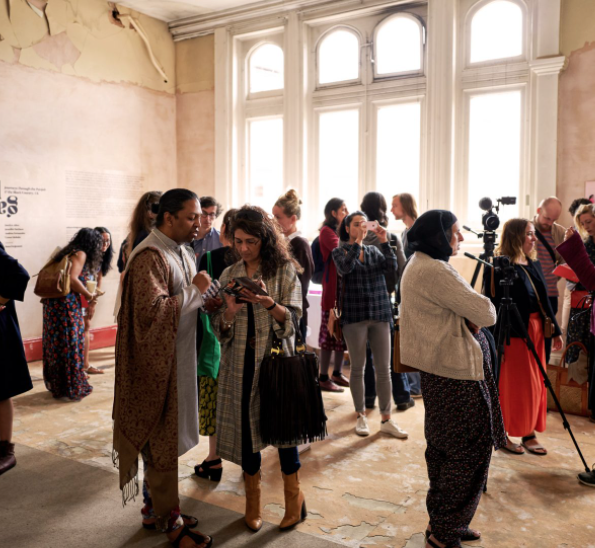 We are thrilled to announce the first in-person meeting of the Blast! Creative Network since 2019, at Lodge Road Community Centre on 2 December! Arrive at 6pm to get settled in, grab a drink and meet other local artists and creatives. During the event BCN bursary recipients Perm Bhachu, Laura Chen, Atlanta Ellis, Scarlett Ford […] READ MORE