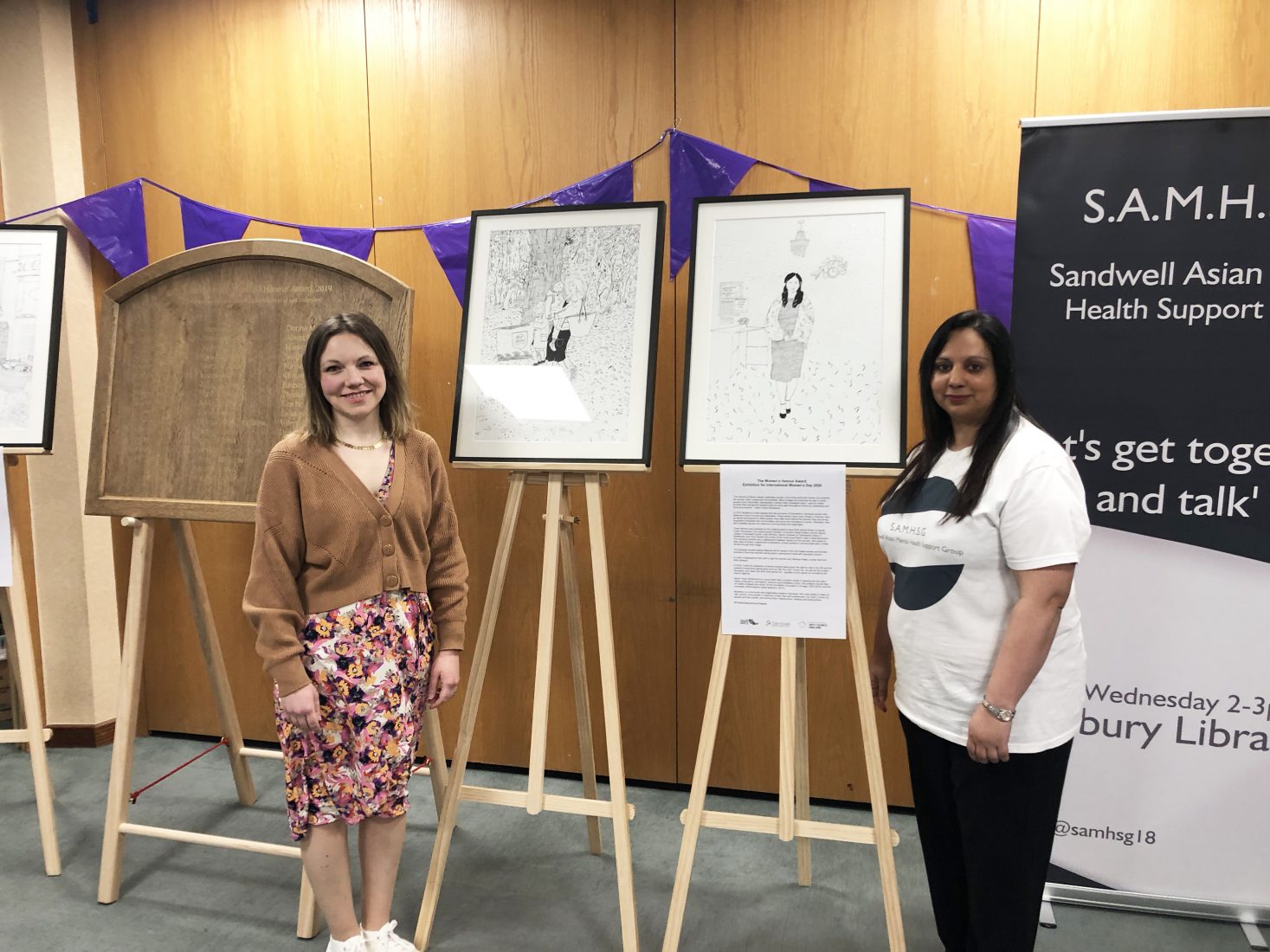 This year Sandwell Council invited us to join in their week-long International Women’s Day Celebrations by exhibiting The Women’s Honour Award portraits by Sarah Taylor Silverwood in the Chambers in the Oldbury Council House. We were also part of the special event on Friday 13th March which featured talks and a panel discussion with Shani Dhanda, Minh Dang, Hyacinth Jarrett, and Sara Ward. Plus, a presentation of the Women’s Honour Award with the two winners Bally Barquer and Leonie Hart. The morning highlighted the theme of this year’s International Women’s Day #equalforequal and the importance of sharing stories and representing all women’s stories, speaking up even if what you have to say is difficult, and working collectively.

Big thanks to Sandwell Council for organising the event, in particular Rebecca Still, Heather Jones, Yvonne Davies and Alison Knight. We urge you to check out the brilliant work these women are doing. 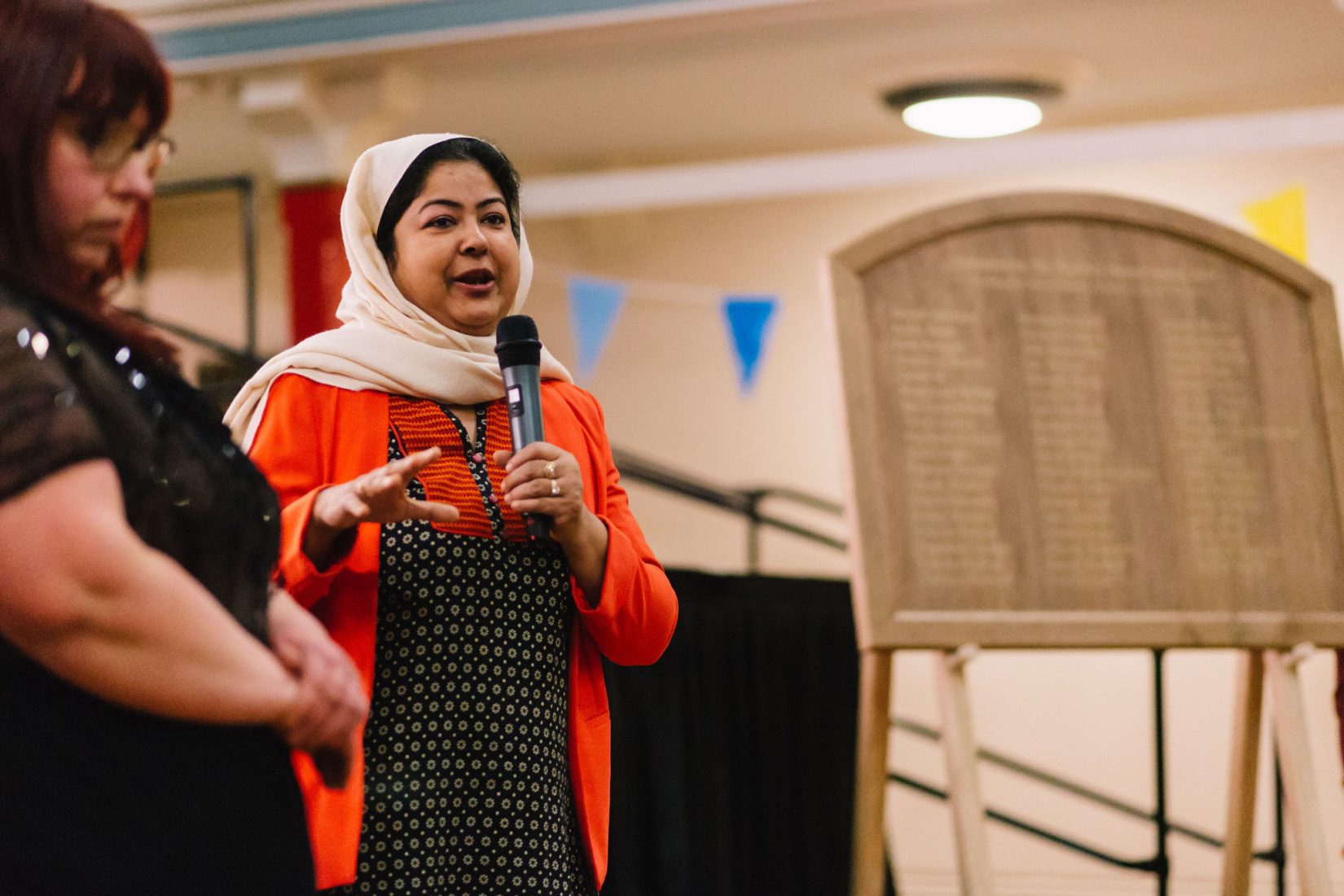 In 2018, when we began this project, it was the centenary of some, but not all, women being given the right to vote in the UK.  We also have powerful movements taking place such as ‘Me Too’ and ‘Time’s Up’ and we wanted this project to recognise, and value, the work that women do because, as we’re often reminded each day, equality is not a given but something we have to fight for. That’s why events like this to celebrate International Women’s Day are so important.

Multistory and Sarah Taylor Silverwood collaborated on The Women’s Honour Award to share stories of women in Sandwell. At the beginning of the project, Sarah, said: “The sorts of images and paintings we see in public spaces have historically shown mainly male voices. I want to create portraits that change the narrative we have seen throughout history by celebrating and honouring these women.”

We invited people from the six towns of Sandwell to nominate women who deserved to be honoured and celebrated. There were 49 nominations in total and the women have many things in common: they go above and beyond for other people; they often work behind the scenes; they are strong supporters of families and communities; and some are volunteers or carers. Ultimately, they are incredible women who deserve to be honoured and celebrated. Three winners, who I’m sure you have all seen in the banners behind you, were selected by the judging panel to have their portrait drawn by Sarah. They were Barbara Platts, Leonie Hart and Bally Barquer

The resulting portraits are a collaboration between Sarah and the winners. She spoke to them about location, objects and composition of their portrait to find a way to communicate their stories through their image.

We also made a bespoke wooden plaque for the project which features all 49 names of the nominated women and we’re delighted that this, along with framed portraits of the three winners will have a permanent home in Oldbury Council House.

A big thank you to Sandwell Council and Arts Council England for supporting Multistory and making this project possible.