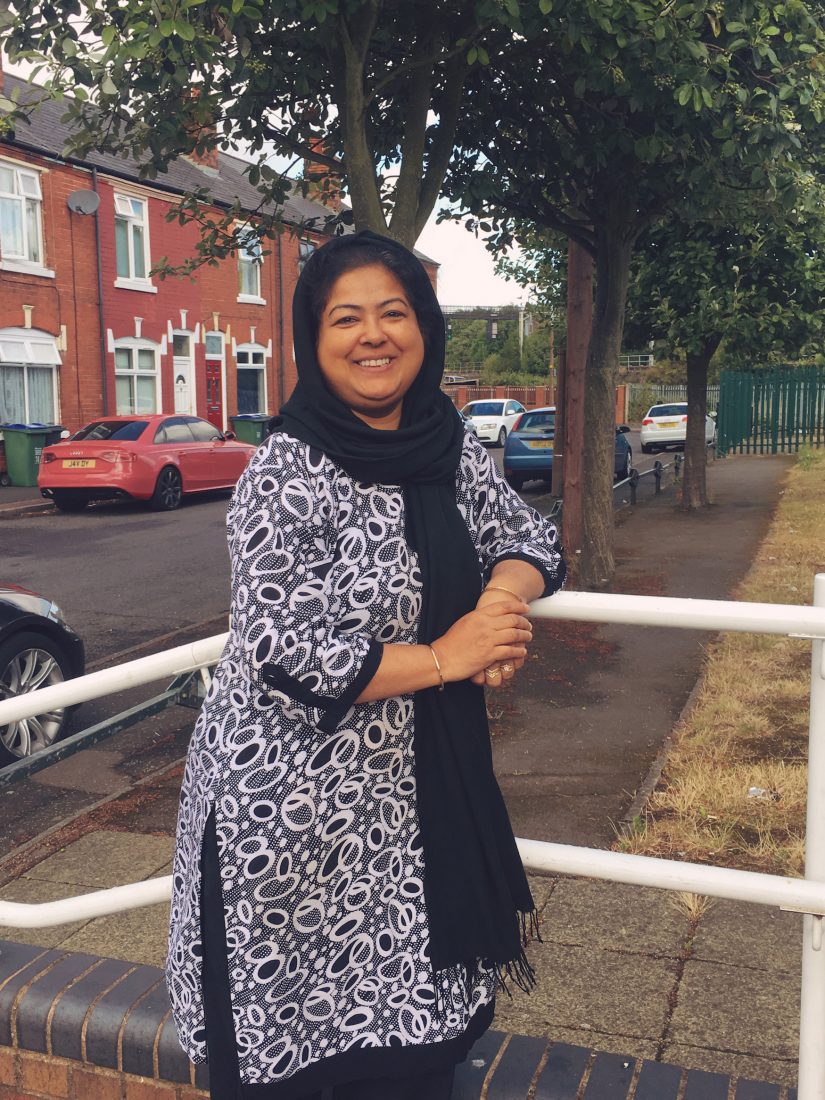 We’re delighted to introduce our third judge Cllr Syeda Khatun, deputy leader of Sandwell Council and cabinet member for neighbourhoods and communities, who is also on the panel to judge nominations to The Women’s Honour Award.

Syeda is the deputy leader of Sandwell Council and cabinet member for neighbourhoods and communities and has been the Councillor for the Tipton Green Ward for twenty years, ever since she was elected in 1999. She’s worked with local BAME communities from a very young age; while she was still at school she was helping people who didn’t have English as a first language with translating, interpreting and reading letters. After getting married and having children Syeda was inspired to set up toddler and mother groups, running play schemes and activities for women who couldn’t get out and about. They would meet in living rooms or organise embroidery workshops in the park during the summer as a response to the lack of community centres in the early 80s.

Syeda is now the CEO at the Bangladeshi Women’s Association, mainly helping people with advice and guidance about employment, education, health and housing. She describes her work as bringing people together in order to combat loneliness and social isolation. “What I enjoy most about my job is working with people and being able to make a difference to somebody’s life. That’s the most important thing.” She believes that community centres are incredibly important, as they offer people a space to identify with, and that space can have multiple uses. The Muslim Community Centre in Tipton can host a Zumba class in the morning, English or sewing classes in the afternoons and act as a Youth Club in the evenings.

She says, “I’d like to see more women in education and employment. We really want to encourage our youngsters to make sure that they achieve and combat all the barriers they might face. There are many amazing women out there who, without degrees have done a lot of work and they should be recognized for it. I was one of them, I got married young, and I never did my GCSE’s. So yes, you can achieve in different ways.”

The Women’s Honour Award will celebrate the many and varied roles that women who live and / or work in Sandwell do as care-givers, supporters and more. The three winners chosen by our judging panel will have their portrait painted by Sarah Taylor Silverwood and, together with their family and friends, they will be invited to a celebration event where the portraits will be revealed. For more information on how to nominate click here.