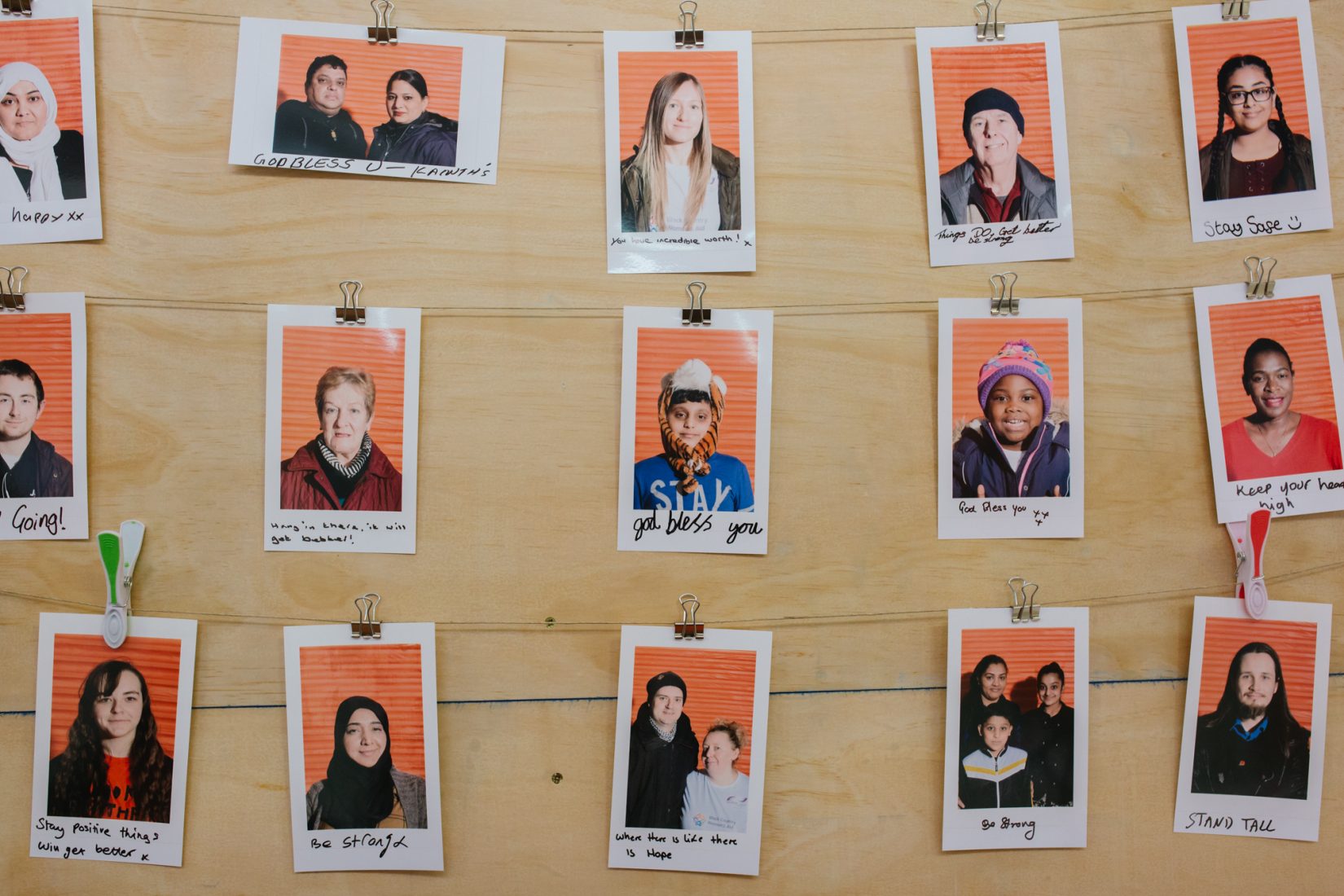 Stories about people and place, the everyday and overlooked, and how they are told and shared is central to our work. We invite artists to collaborate with people from the six towns of Sandwell in order to co-produce and re-present their stories in community settings as exhibitions, film screenings, performances and publications.

We are committed to creating opportunities for women artists and are proud that, in the year that we celebrate the centenary of women getting the vote, we are working with such brilliant women artists. Dawinder, Laura, Emma and Sarah will each make new bodies of work with communities from Sandwell.

Late last year we announced 12 new West Midland’s artist and curatorial commissions as part of Blast! Festival. Still to be announced are six international commissions to make and exhibit work for Blast! in May 2019. Blast! is an ambitious two-year project that will develop, showcase and celebrate art produced in Sandwell.

Other highlights of 2018 include the launch of Black Country Lungs, a new book and exhibition made with Dutch photographer Corinne Noordenbos that tells the stories of people with COPD (Chronic Obstructive Pulmonary Disease) in the Black Country. A selection of work can be viewed as part of the University of Birmingham’s Arts & Science Festival (12 – 18 March 2018). Also, Black Country Karma, a new book sharing first-hand testimonies and photographs of the Sikh community in Sandwell and the Black Country, collected from local people and local archives, and produced by Graham Peet and Multistory to coincide with the 70-year anniversary of the independence of India.

‘We are Family’, will be a new exhibition using photographs, texts and audio from The Multistory Collection to celebrate the idea of family in all its many forms. This will tour to Sandwell Libraries and community centres throughout 2018, alongside a programme of events and workshops.

Soon to be announced is a new book with photographer Polly Braden and writer Sally Williams who have been working for 18 months to tell the untold stories of eight people with learning disabilities who ended up in prison. The publication, published by Dewi Lewis, will be launched in 2018.

We continue to work with the artists Michelle Sank, Jon Tonks, Volker Gerling and Rob Clayton. To keep up to date with all these projects and more, follow us on Facebook, Instagram or Twitter.