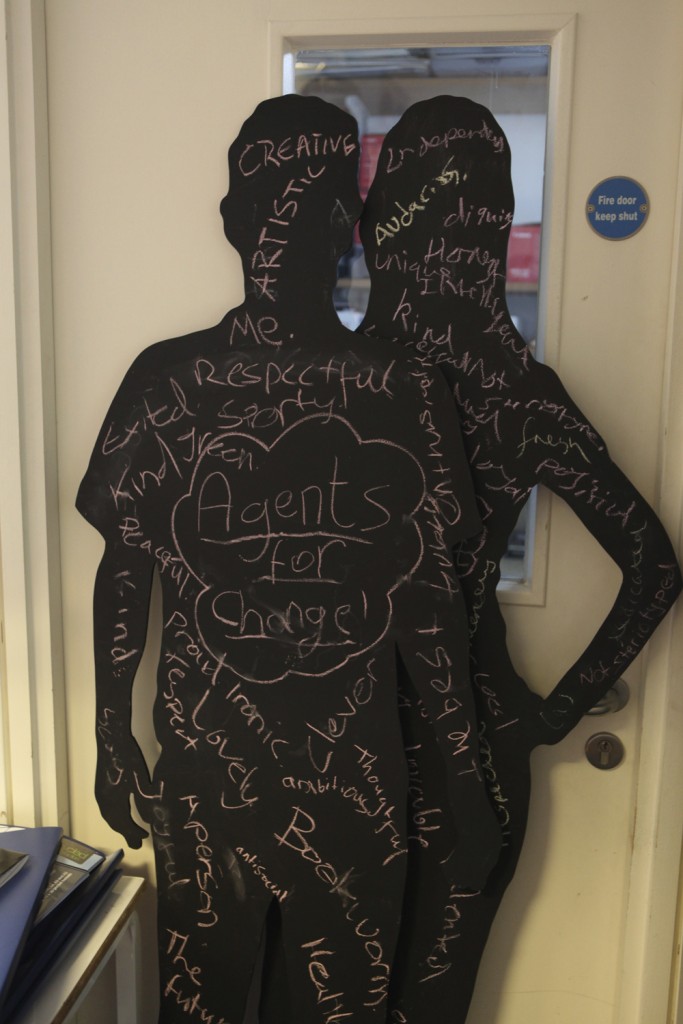 On Saturday 11th February the whole of the Agents for Change group, including me, went to Camden Market and Tufnell Park and used 3 ways to gather public opinion in our community about stereotyping of youths and challenging the negative perceptions that exist.

The first was interviews on camera, we had a number of questions we could ask but we could also make up our own questions to keep the conversation flowing. We used tripods to hold the cameras steady and we had to make sure we had the right background when doing the interview. We were in 3 groups of 4 and Each group got between 5-10 interviews.

The second thing we used was written questionnaires which were quick, easy and lots of people did them. Most of the questions were ticking boxes however with a few of them you had to give a full answer. They were a great success and I would recommend them if you had to do a similar task.

The final items we used were two life size silhouettes of young people (a girl and a boy) they were made out of a wood. We asked people to write 3 words in coloured chalk that they thought best described youths. In the end we almost filled up both figures. 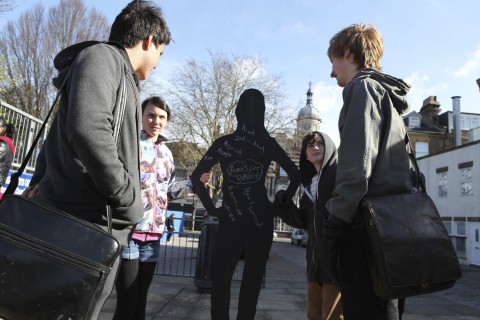 Overall I think the best way was the silhouettes because they were quick easy and fun. Although it was freezing everyone enjoyed it and thank you to those members of the public who took part in a questionnaire, interview or writing on the figures. 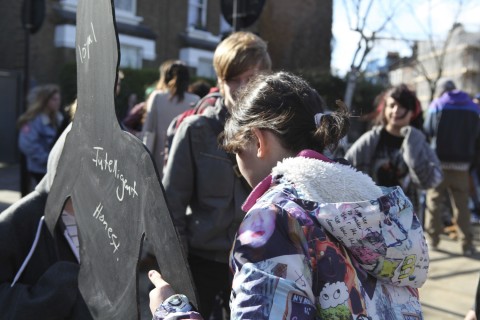