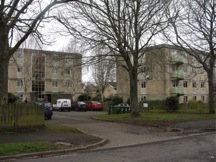 I met with local Councillors Cherry Beath and Roger Symonds on 8 February. They were extremely positive about the contact being made with the local Foxhill community and are looking forward to hearing the stories we collect. They have already referred to the usefulness of the work in meetings with other Councillors and senior Council officers who are working on concept statements and housing delivery for the MoD sites.

I passed on all the information I had gathered through conversations with the community of Foxhill in the MoD workshop held to prepare a concept statement for this major development site and others like it. It was great to be able to qualify the social impact such a development would have on these people and to be able to suggest how the new community could integrate with the existing through provision of facilities that are currently missing such as health care and a Primary School.

StoryWorks began recording the stories in Foxhill on 29 February. Unfortunately the group of young mums did not take part and neither did the dad who spoke about his fishing expeditions at the local trout lake! But locals Patricia and Zebbi shared their stories and showed Carwyn from StoryWorks around the local area. Further recording will commence on soon.