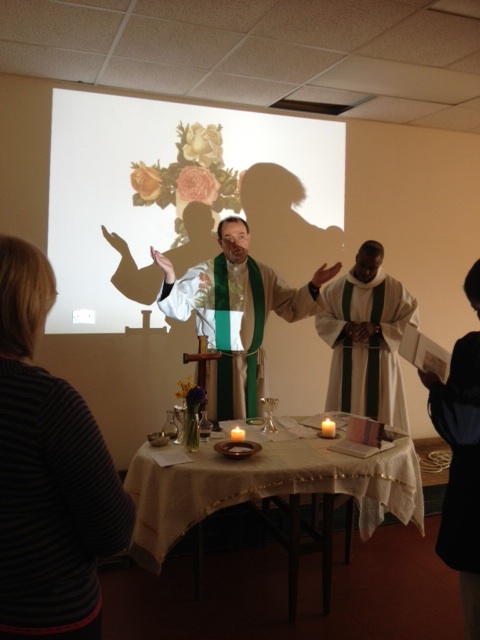 Local vicar carries out service in the shop, 2012

Today the local vicar, Peter Sellick, carried out a church service in the shop. The church service was fantastic and the congregation stayed behind and had tea and cakes with us. We talked to an elderly lady, Lily, who told us lots about the area such as the old library on the corner of Beacon View Road and Camberly Rise, and the mobile fruit and veg shop that used to traverse the area when the existing row of shops and the cafe were nothing but a shell. 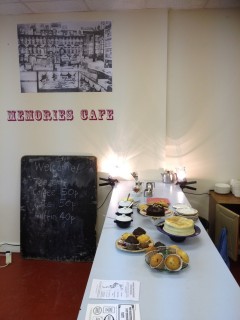 The litter picking activity kicked off with 6 local residents meeting at the cafe and going off to litter pick before coming back for tea and cakes and telling us some of their memories and stories about the area.

We also announced the project on BBC West Midlands radio at 2pm and immediately we had 2 local history enthusiasts come to the shop and gave us lots of stories and insights. They will be coming back with their book on Church Field school and one of them will be bringing their 90 year old mother.

We then screened the film 39 Steps which starred the West Bromwich born and raised Madeline Caroll from 3:30pm – 5:30pm 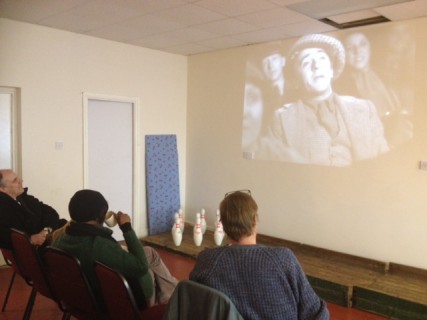